Showing of the animated film “A puppet named Pinocchio” directed by Giuliano Cenci (1972), unknown Italian work of the 1960s, recently restored by the Cineteca Nazionale, soon to be issued in DVD, but as yet unpublished. The showing, whose premiere aired in Florence on 15th January 2012 – will be attended by Giuliano Cenci and director Massimo Becattini who catered to the film’s restoration. 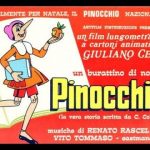 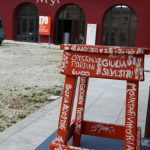