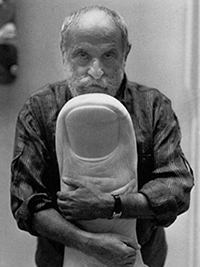 "Carrara marble was too expensive, old rubbish was everywhere. I became a sculptor because I was poor!"
César

The son of Tuscan immigrants, César Baldaccini attended the Ecole des Beaux Arts of Marseille in 1935-1939 and began working at the studio of Cornu, a pupil of Rodin, where he learned to sculpt stone and wood. In 1943 he moved to Paris to study at the Ecole Superieure Nationale des Beaux Arts. In 1947 he began making sculptures from welded iron and from metal recycled from industrial waste and used objects. In 1954, thanks to the work "Le Pouce", he received the Collabo Prize of the Ecole des Beaux Arts. His first, important solo exhibition was held at the "Salon de Mai" of Paris in 1955: it was so successful that all his works on display sold quickly, the artist was invited to take part in the 1956 Venice Biennale, and he won first prize for foreign participation at the Biennale di Carrara in 1957. Over the next years he was invited to the São Paulo Biennial and to "Documenta II" 1959, until finally reaching New York in 1961.

In 1956 he started to work with composite materials and with plastic moulds of human imprints. In 1960 he created the first of a long series of "controlled compressions", achieved by compressing car scraps into solid blocks. He was one of the founders of "Nouveau Réalisme" together with Arman, Yves Klein, Jean Tinguely, Pierre Restany, and others. In 1966 he began pouring polyurethane foam into moulds. His later works also included sculptures made of molten crystal.

He received many recognitions, including: the "Grand prix de la Ville de Paris", the "Grand Prix National de Sculpture" and the "Prix Rodin" in Tokyo 1988. He was the author of many monumental works commissioned by public and private clients including "The Centaur" 1983-1985, a homage to Picasso, which stands at the Carrefour de la Croix-Rouge in Paris, and a 6 m reproduction of "Le Pouce", rising in a park in Seoul for the Olympic Games.

César’s name has also been connected to the "César du Cinema" trophy, the French equivalent of the Oscar, since 1975.

He has been present in the Apuan-Versilia area since 1970 to create his works at the Studio Sem in Pietrasanta and Studio Nicoli in Carrara. In addition to a number of editions of the Biennale Internazionale di Scultura di Carrara 1957, 1996, 2000, he took part in several group exhibitions in Pietrasanta, including: "Scultori e artigiani in un centro storico" 1978; "Il passato e la presenza" 1982-1983; "Trent'anni da Sem" 1991; "Museum der skulpturenmodelle Wanderausstellung" 1992; "The flight of Arts" 1998, Galileo Galilei Airport, Pisa; and Galleria Dante Vecchiato, Forte dei Marmi (with Arman, 1998). 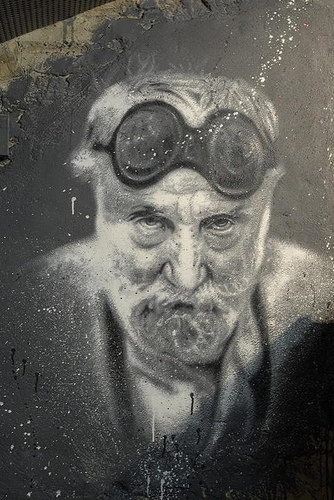 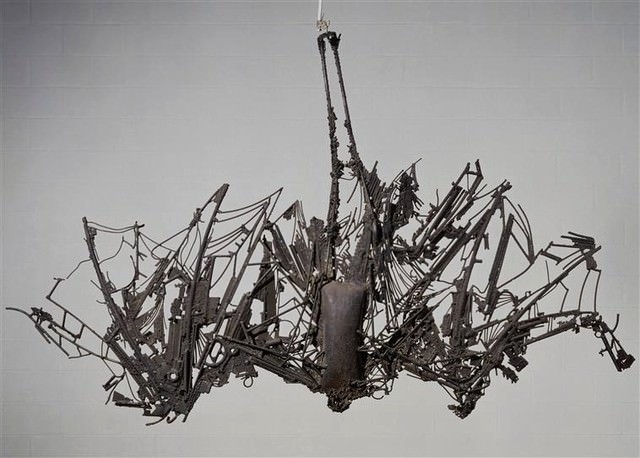 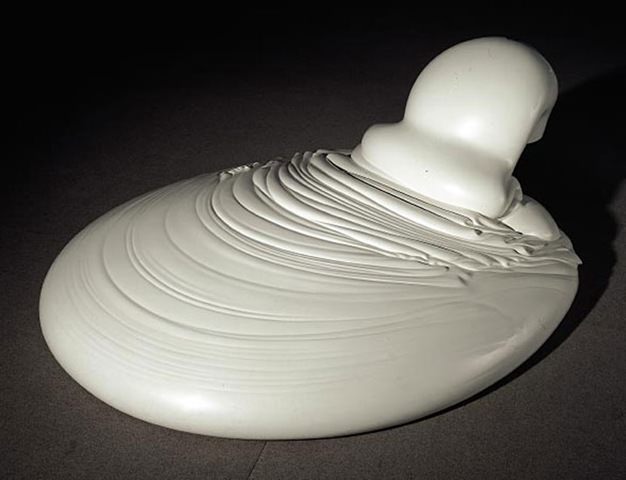 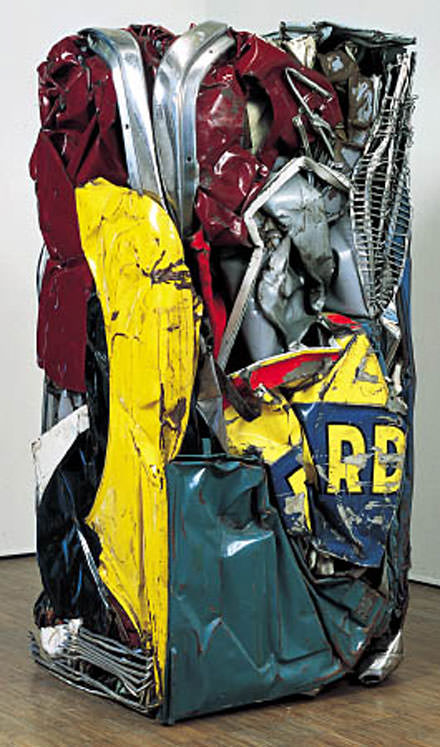 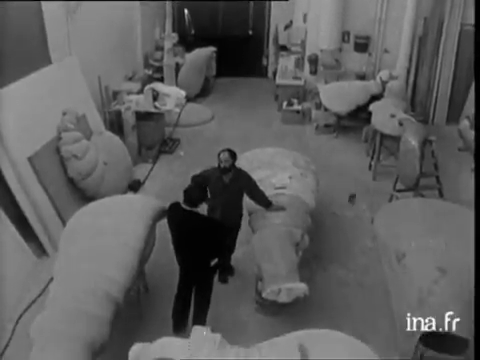 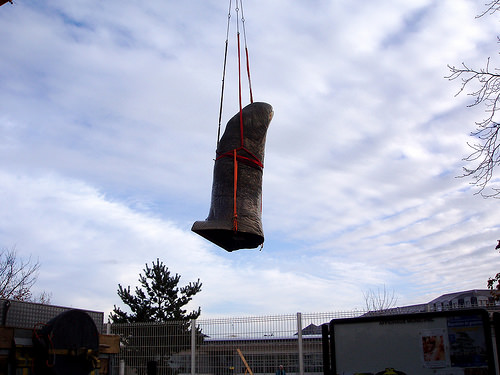 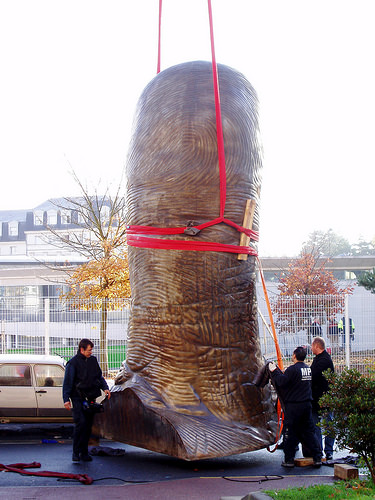 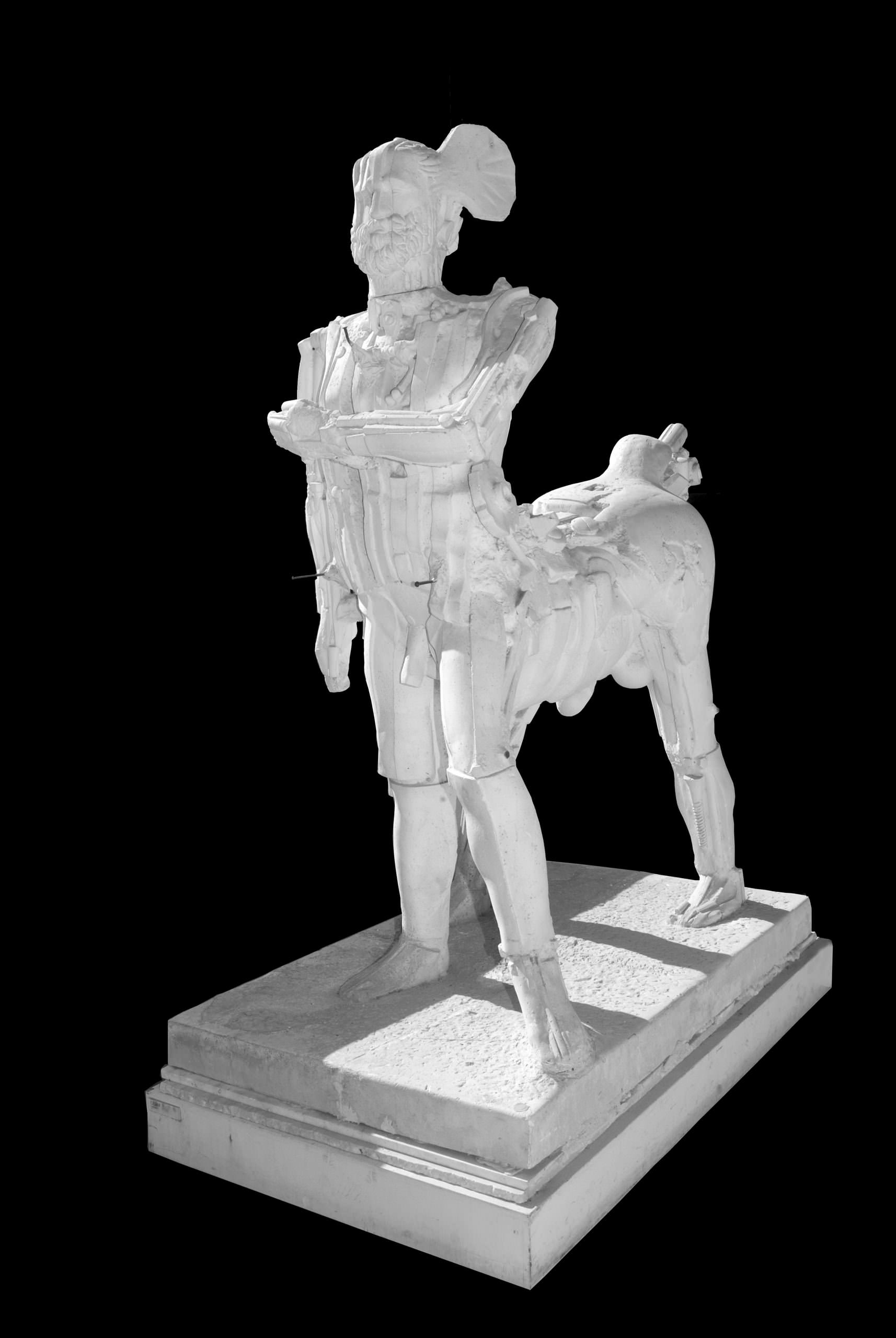 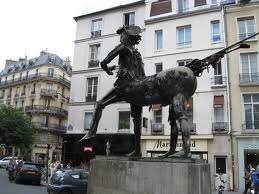 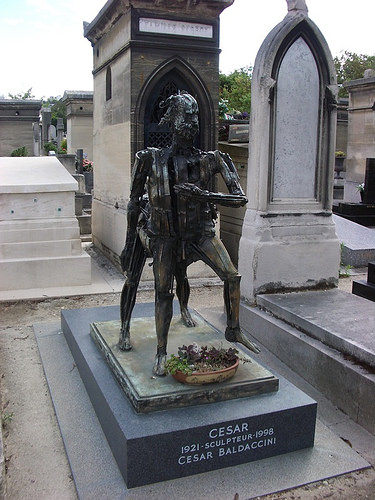 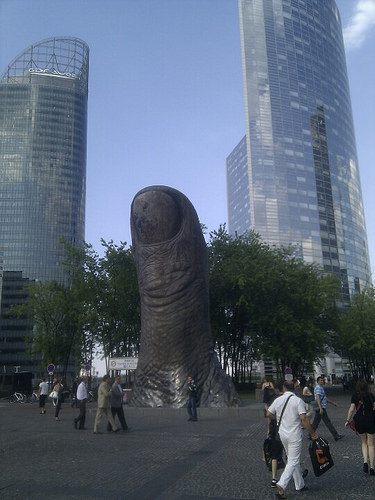 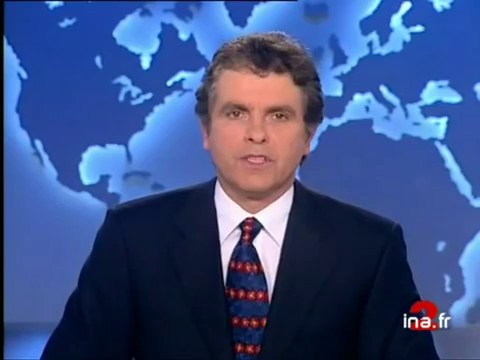