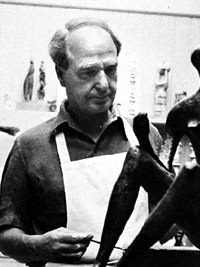 "To be an artist is to believe in life!"
Henry Moore

Henry Spencer Moore was born on 30 July 1898, in Castleford, Yorkshire. Despite his desire to become a sculptor, he began his career as a teacher. After military service in World War I, he attended the Leeds School of Art thanks to an ex-serviceman’s grant. In 1921 he won another scholarship to study Sculpture at the Royal College of Art in London, where he was appointed Instructor of Sculpture in 1924, a post he held for seven years. He became interested in Mexican, Egyptian and African sculpture he saw at the British Museum and in 1925 he received a scholarship from the Royal College that allowed him to visit Italy. Moore’s first solo exhibition of sculpture was held at the Warren Gallery of London, in 1928.

In the 1930s Moore was a member of Unit One, a group of advanced artists organized by Paul Nash, and was a close friend of Ben Nicholson, Barbara Hepworth and the critic Herbert Read. From 1932 to 1939 he taught at the Chelsea School of Art. He was an important force in the English Surrealist movement, although he was not entirely committed to its doctrines. In 1940 he was appointed "war artist" and was commissioned by the War Artists Advisory Committee to execute drawings of life in underground bomb shelters. From 1940 to 1943 Moore concentrated almost entirely on drawing. His first retrospective took place at Temple Newsam, Leeds, in 1941. In 1943 he received a commission from the Church of St. Matthew, Northampton, to sculpt a Madonna and Child – the first of an important series of family-group sculptures. In 1946 the Museum of Modern Art, New York, organized his first major retrospective abroad. After two years, he won the International Prize for Sculpture at the Venice Biennale.

Moore executed several important public commissions in the 1950s, among them "Reclining Figure" 1956–1958 for the UNESCO Building in Paris. In 1963 he was awarded the British Order of Merit. In 1978 the Arts Council of Great Britain organized an exhibition of his work at the Serpentine in London; on this occasion, the artist gave many of his sculptures to the Tate Gallery, London. Moore died in Perry Green, Much Hadham, Hertfordshire, on 31 August 1986.

The photographs published in the TimeLine were taken from the website www.fondazionehenraux.it 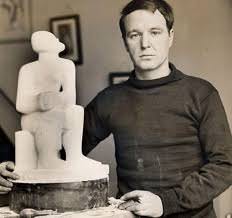 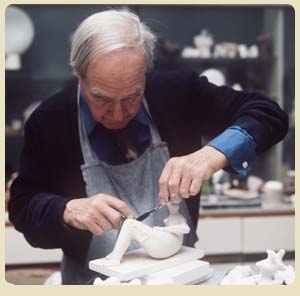 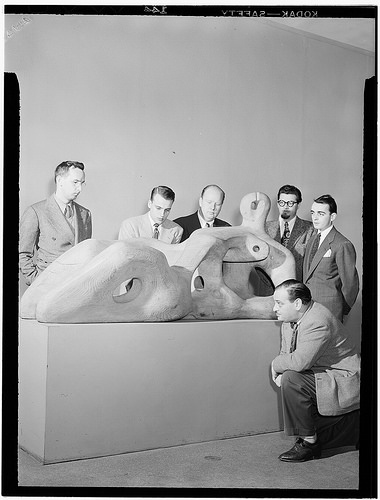 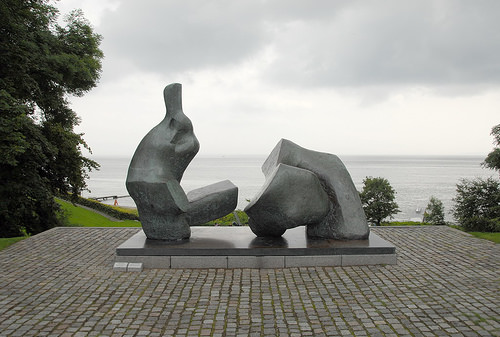 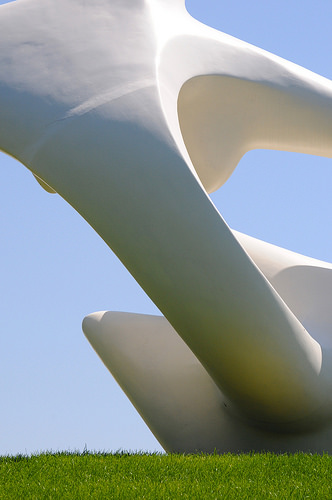 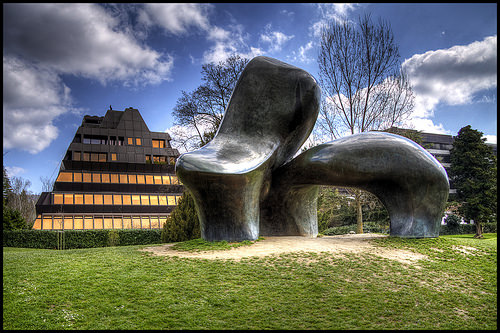 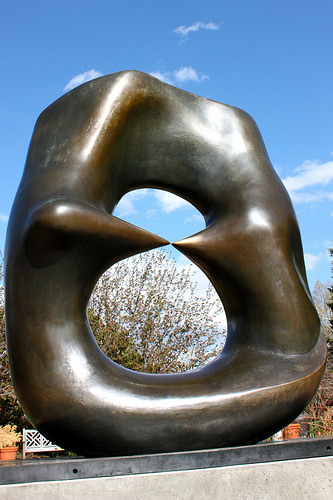 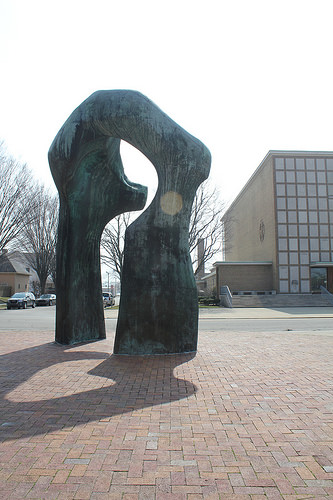 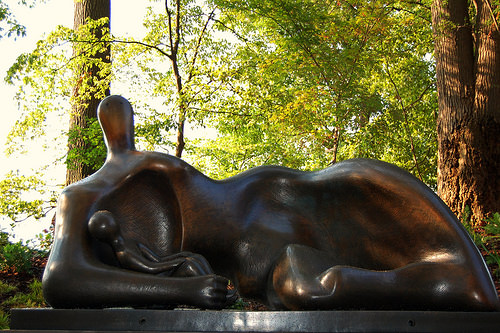 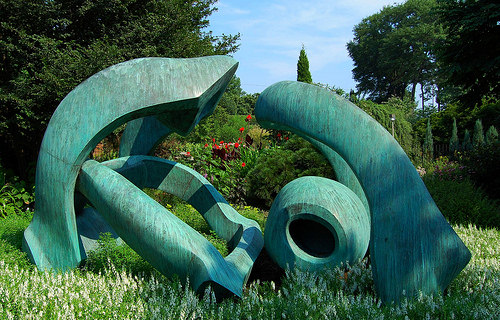 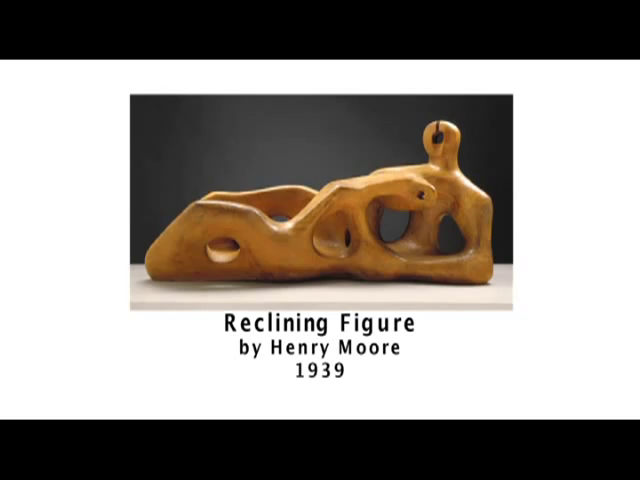 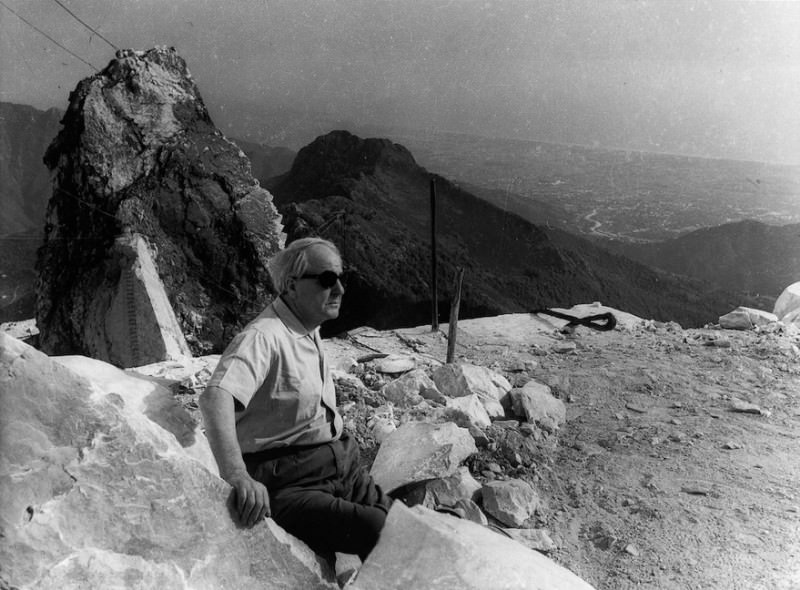 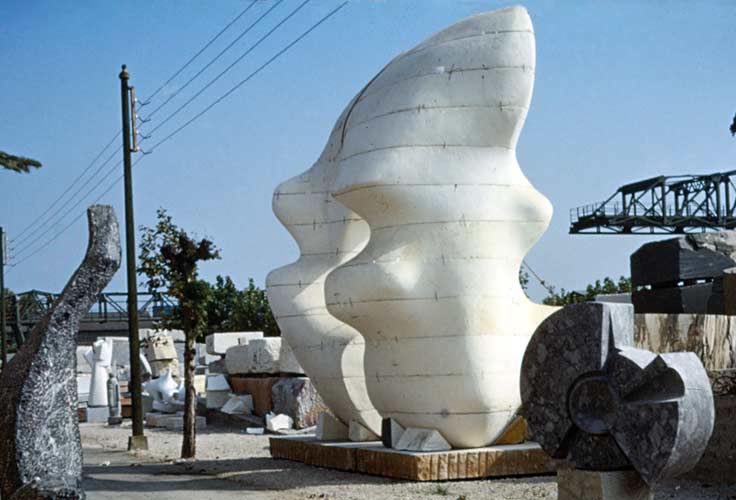 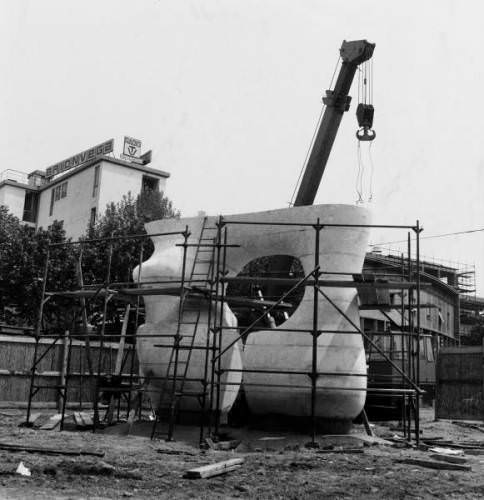 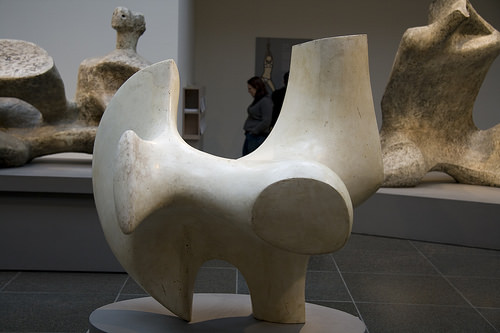 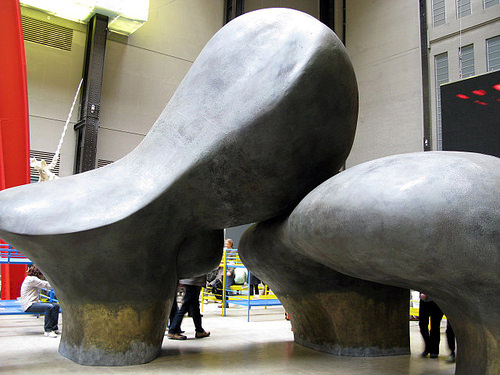 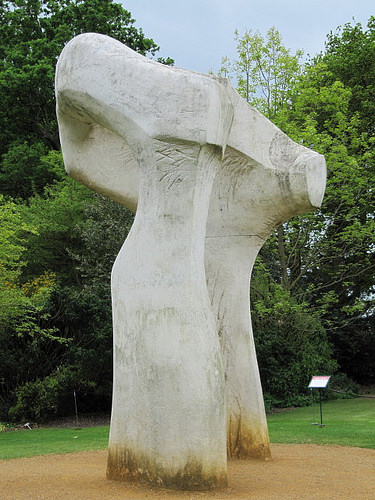 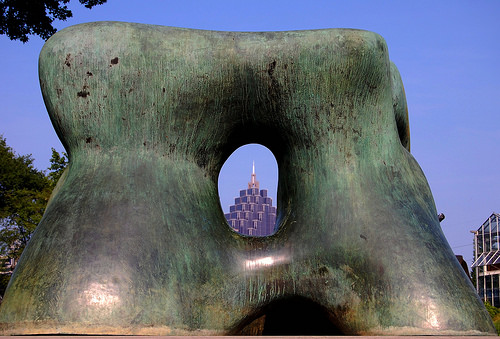 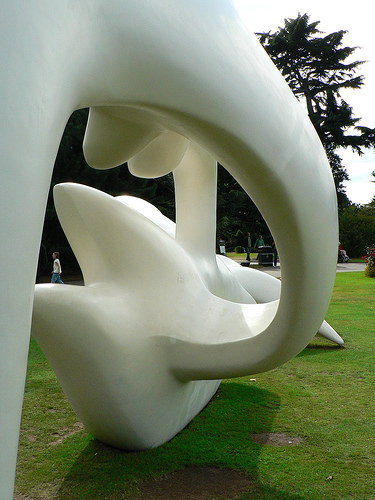 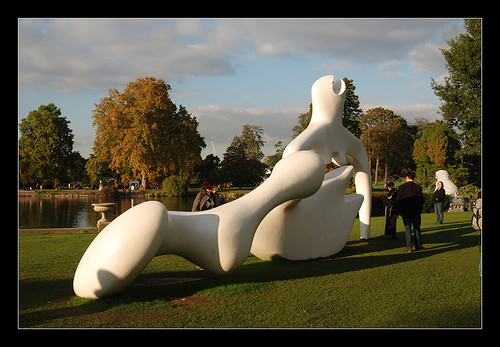 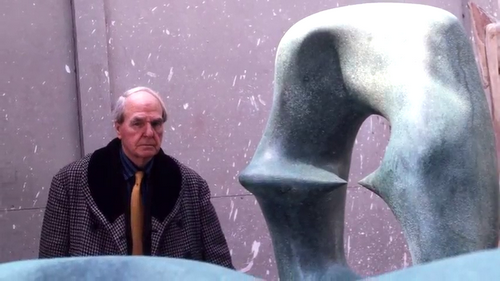