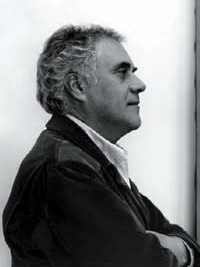 "Space is a non-crucial circumstance. The dimensions of a small table may be enough to provoke tensions and strategies worthy of the largest fresco"
Mimmo Paladino

Mimmo Paladino was born on 18 December 1948 in Paduli, Province of Benevento. He spent his childhood in Naples and attended the Liceo Artistico in Benevento from 1964 to 1968. In tune with the prevailing “conceptual” climate at the time, he showed initial interest in photography. He held his first solo exhibition at Enzo Cannaviello’s Lo Studio Oggetto, Caserta, in 1969. The works he executed during this first phase were exhibited in the Galleria Nuovi Strumenti, Brescia in 1976. Paladino’s exceptional talent as a drawing artist soon came to light. In 1977 he created an enormous pastel on the walls of the Lucio Amelio gallery in Naples, and also took part in the "Internationale Triennale für Zeichnung" organized in Wrocław.
In the same year he moved to Milan. In the second half of the 70s, Paladino rediscovered painting and reclaimed colour, in terms of its expressive value and the materiality of its pigments: his interest mainly focused on the inclination of figuration to become language. He produced a succession of abstract and oneiric images on large, strongly-coloured canvases, spatially determined by geometric structures, branches and masks that attract the viewer.

The years from 1978 to 1980 were transitory for the artist, in which he moved from his initial conceptual theories to a renewed interest in figurative painting. This period produced monochromatic paintings with bold colours upon which emerged geometrical figures, but also objects such as branches or masks. His art was highly acclaimed abroad. In 1980 he created large-sized works with high visual impact in which he narrates life and the mystery of death. He used engraving and many other techniques to represent his own “interior world”, primordial and magical. He introduced sculpted elements in his canvases, surprising critics with the way he merged modern art and arte povera. Mimmo Paladino’s art originates in the 1970s, when the artist took his first steps in a figurative world full of symbolic elements. This approach led the artist to focus on the language of art and its conceptual and expressive patterns, which can be seen in all his future works. Paladino created surprising linguistic routes, experimenting traditional techniques: from drawing, painting and sculpture to mosaics, engraving and film, allowing him to present his own interior world, primordial and magical.

The early eighties were characterized by his affirmation of the importance of referential painting. At "Aperto '80" during the Venice Biennale, the critic Achille Bonito Oliva proposed the Transavanguardia movement, which included Chia, Clemente, Cucchi and Paladino. The exhibitions in which the artist took part in these years bear witness to how much his works are linked to the past in terms of form and content, yet at the same time are crowded with symbols, offering space for new perspectives. From 1985 he started to create bronze sculptures and installations, experimenting the contamination of different expressive forms. His installation of a mountain of salt in Piazza del Plebiscito was memorable. After producing these works with strong impact, his art became more rigorous and simplified. He was among the first of many Italian artists to exhibit his works in Beijing 1994, highly acclaimed by contemporary Japanese critics. Alongside painting, sculpture has been a fundamental part of Paladino’s work, as demonstrated by a number of important works included in his exhibitions: bronze or aluminium casts, wood (often painted), but also copper, iron and other materials. Despite their apparent fixity, Paladino’s works always preserve a densely allusive intensity. The masks with no gaze and the archaic profiles of the heads hold emblematic meanings that have no single interpretation, but appear rather to hold enigmas, unfathomable mysteries or secrets.

During the second half of the '80s, Paladino’s works were based on compositional features that became gradually simpler. The inventory of signs became more limited, while colour was used to convey the entire space of the work: just a few attributes are enough to delineate the entire structure.
For the first time since 1988, most of the personal room created by the artist for the XLIII Venice Biennale can be admired. At the end of the '90s, Paladino produced several series of paintings in which the most problematic aspect of his work became evident, namely the constant questioning of the language of art: some of the major threads of his work were geometry, fragmentation, the multiplicity and accumulation of signs, combined with sudden pauses and shifts in register. In 1995 Paladino became the protagonist of Piazza Plebiscito; as a point of convergence of his works exhibited at Museo Pignatelli and at the Stables of the Royal Palace, he erected his unforgettable "Montagna di Sale": chromatic vibrations, vast arrays of colour, sculptural installations, animal and human forms, and fallen horses in the salt are still remembered by Neapolitans. The testimony of that great event is "Vasca", today conserved in the collection of Contemporary Art at the Museo di Capodimonte.

His works started to be acknowledged abroad thanks to a travelling exhibition in 1980, which spanned from Basel to Essen and Amsterdam, as well as to a solo exhibition at Badischer Kunstverein, Karlsruhe. Meanwhile, the dimension of his works increased and his canvases involved skulls, skeletons, masks and animals, which contributed to creating a mysterious world. While his works continued to be displayed in numerous exhibitions, the artist continued his research turning to a large variety of technical experimentations and using sculpture, drawing and engraving techniques. He experimented with etching, aquatint, linocut and woodcut. He used wood, marble, gesso and bronze for his plastic works. In 1982 he took part in "Documenta" in Kassel and held important solo exhibitions. His first retrospective exhibition was held at the Lenbachhaus in Munich. He made several trips to Brazil which contributed to introducing animistic and highly emotional features in his paintings. Towards the end of the eighties, his art became more rigorous and simplified. In 1990 he created the set for the opera "The Bride of Messina" by Schiller, staged in Gibellina and directed by Elio Capitani, and he built the Montagna di Sale for the first time. In 1992 he completed the permanent installation "Hortus Conclusus" in the university complex of San Domenico in Benevento. Over the following years he became increasingly involved in printing and explored other sectors such as pottery and terracotta. World renowned museums exhibited his works.

Mimmo Paladino lives and works in Paduli, Rome and Milan. In 2003 he was chosen to represent Italian art during the Italian presidency in Brussels: the equestrian sculpture "Zenith" was installed in the square in the centre of the European Parliament. A few years later, he presented a work dedicated to Don Quixote at the Museo di Capodimonte, Naples, as a prelude to "Quijote", the film directed by the artist the following year.
In 2010 he created the setting for "Work in Progress", the tour that, after thirty years, reunited Lucio Dalla and Francesco De Gregori in concert.

In 2012, in conjunction with Florens, Biennale Internazionale dei Beni Culturali e Ambientali a Firenze (International Biennial of Cultural and Landscape Heritage in Florence), he created a colossal installation in the shape of a cross. For this work, he used fifty-seven blocks of marble mostly from the Cervaiole quarry owned by the Henraux Foundation and other types of marble – grey and yellow granite, Pietra del Cardoso, Rosso Caucaso and Carrara White. The work communicates with the facade of the church, imposing it as sole reference point and calling the viewer’s attention to the architectural details. “Viewfinders” located on the marble amplify the perception of the symbols placed by the architect of the church Niccolò Matas, and of the facades of the Renaissance palazzos that correlate the piazza. Bronze decorations and engravings are disseminated throughout the work. 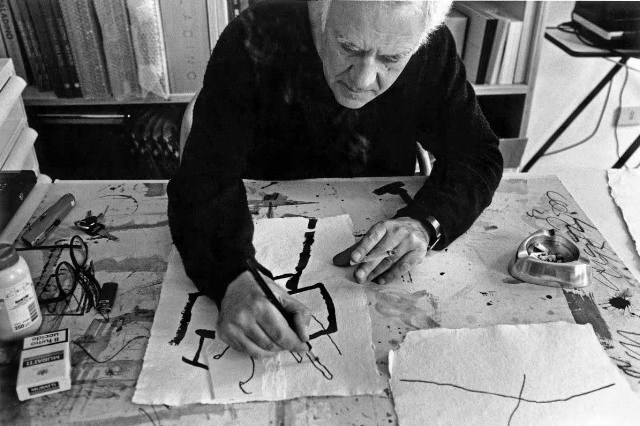 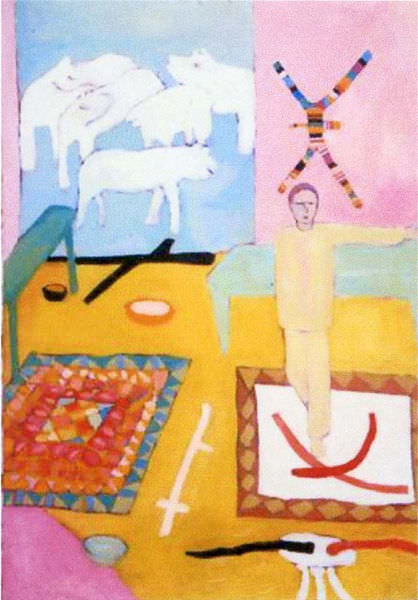 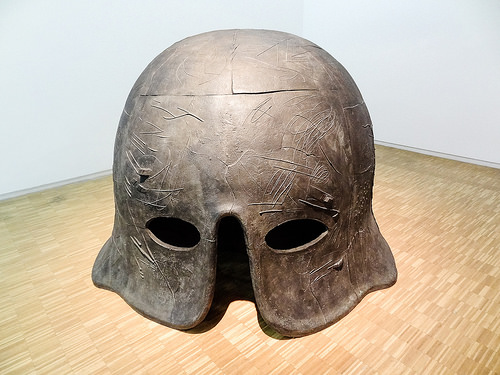 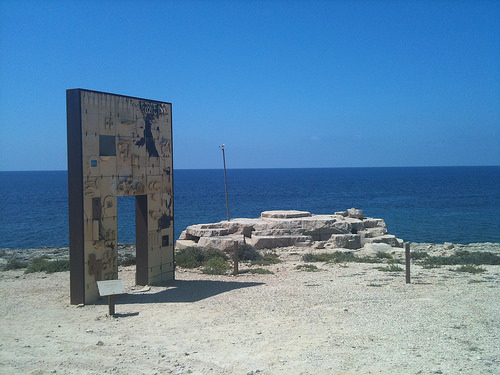 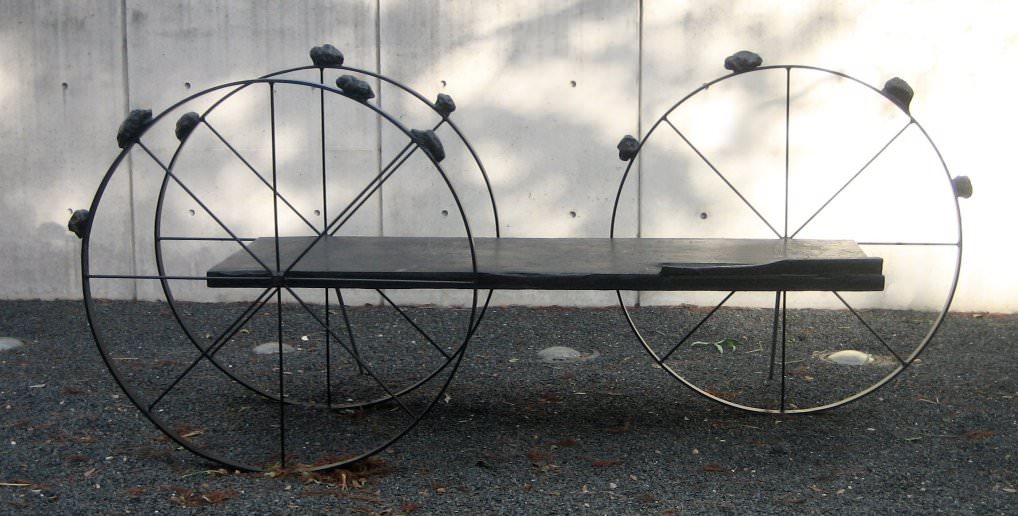 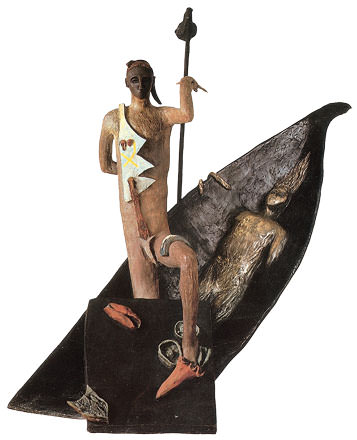 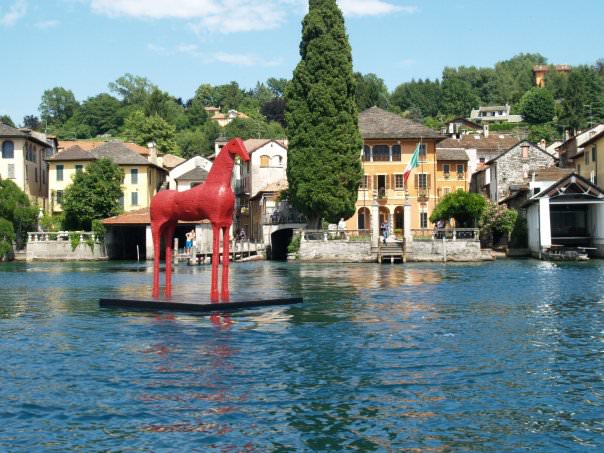 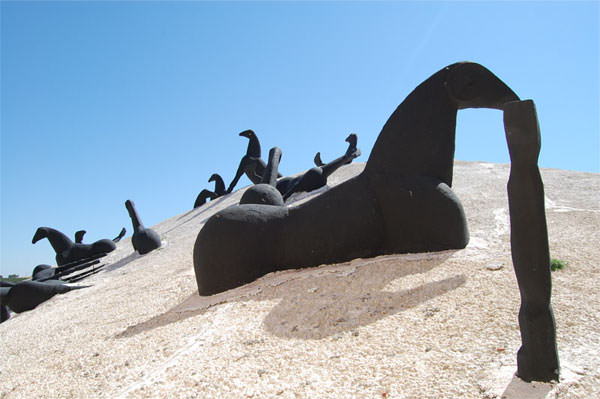 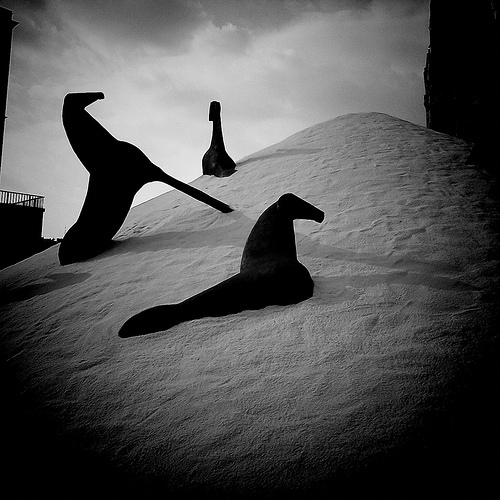 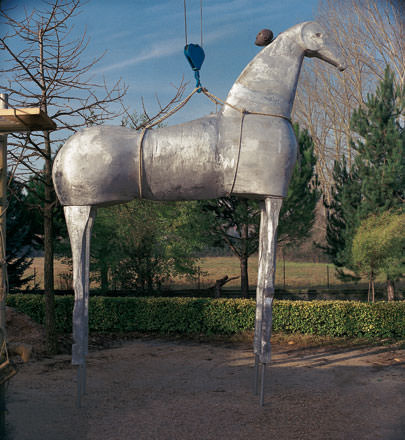 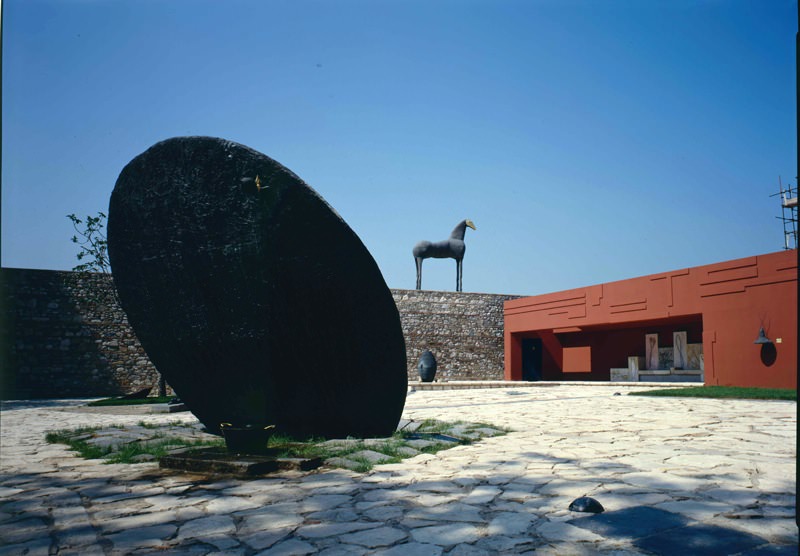 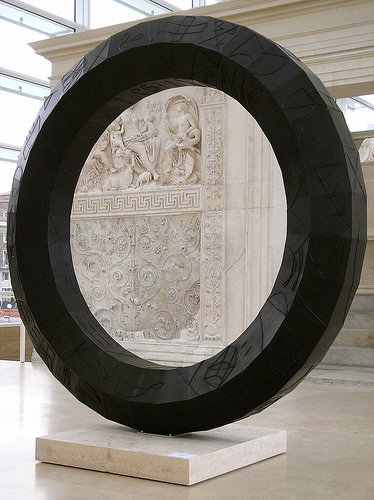 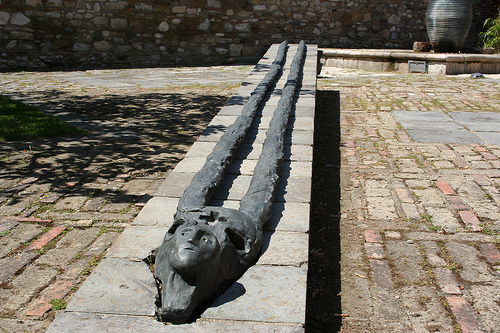 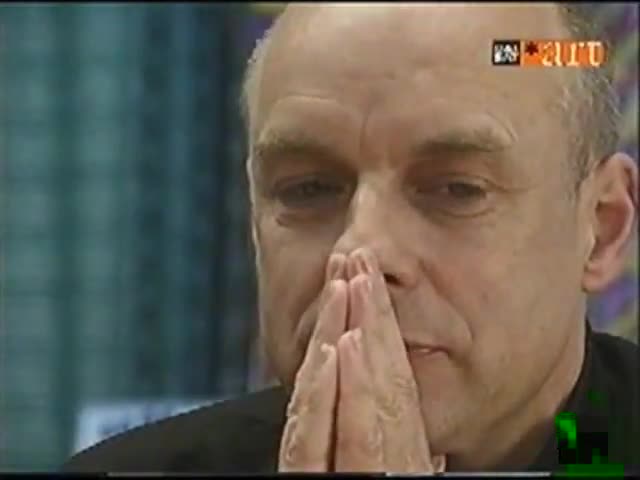 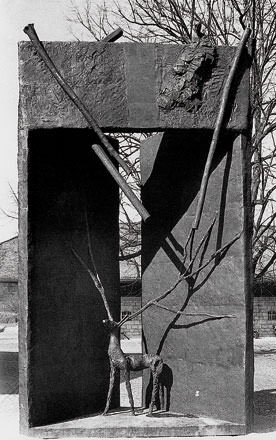 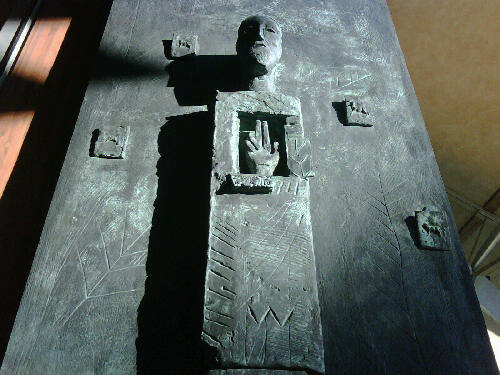 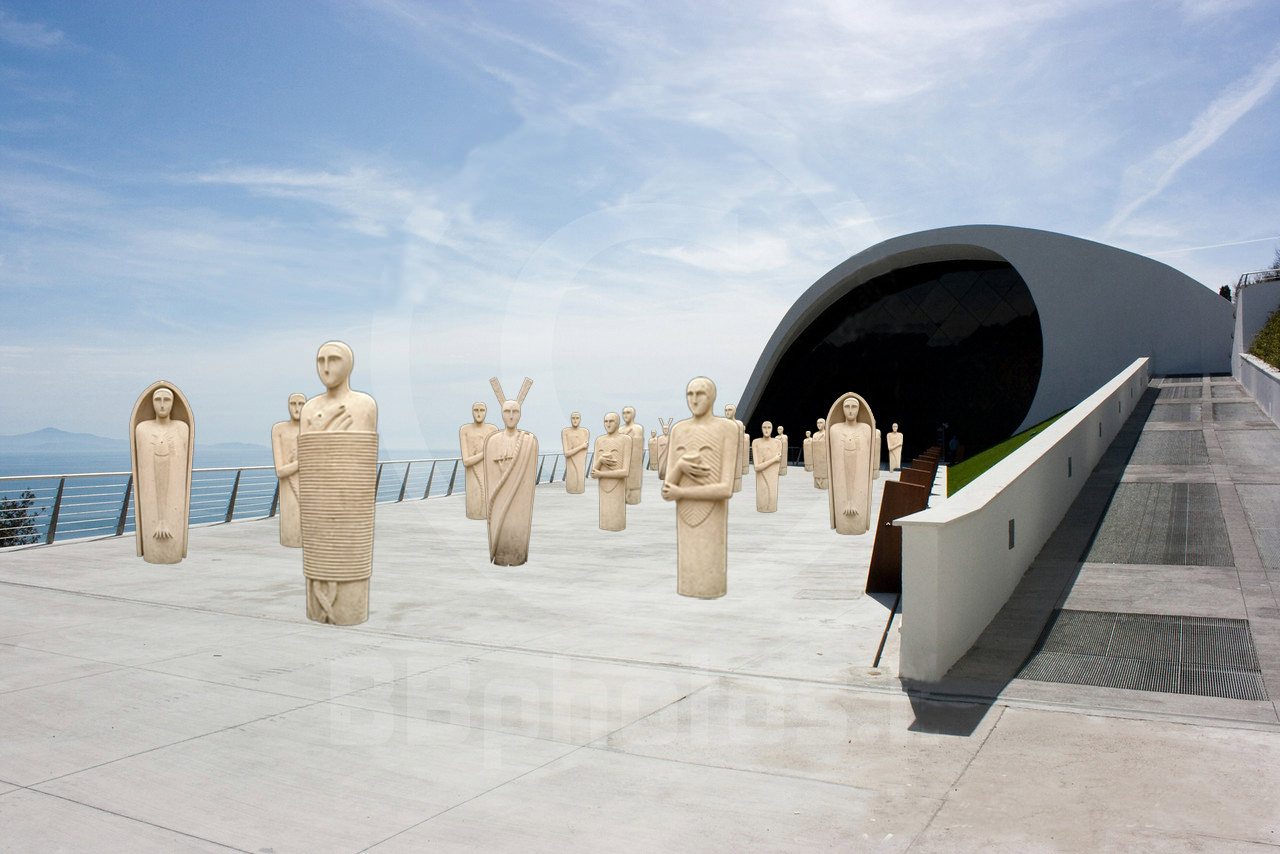 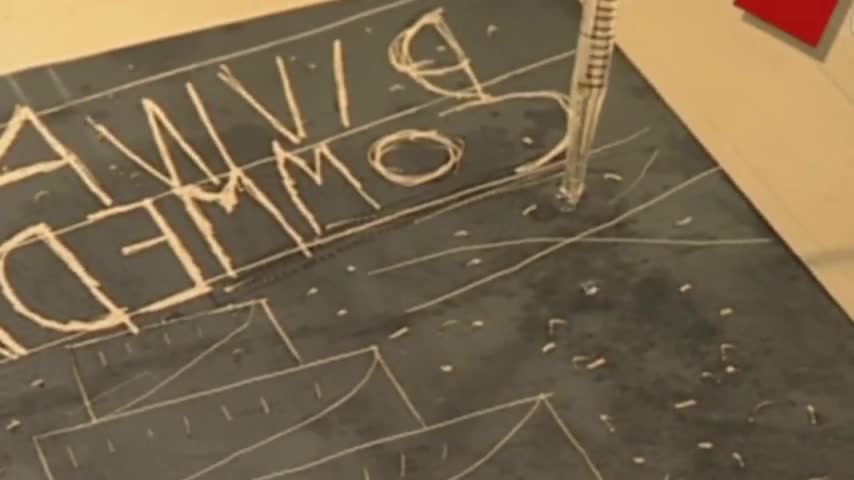 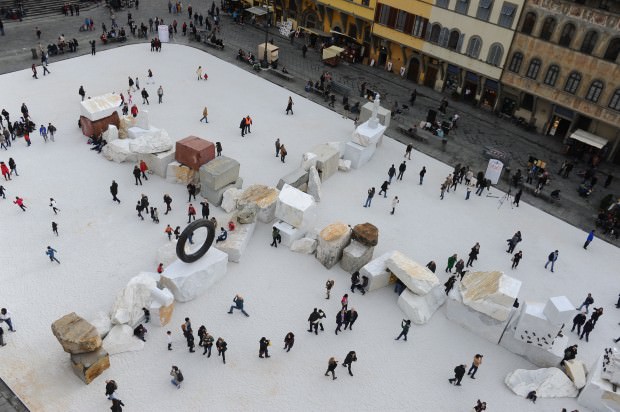 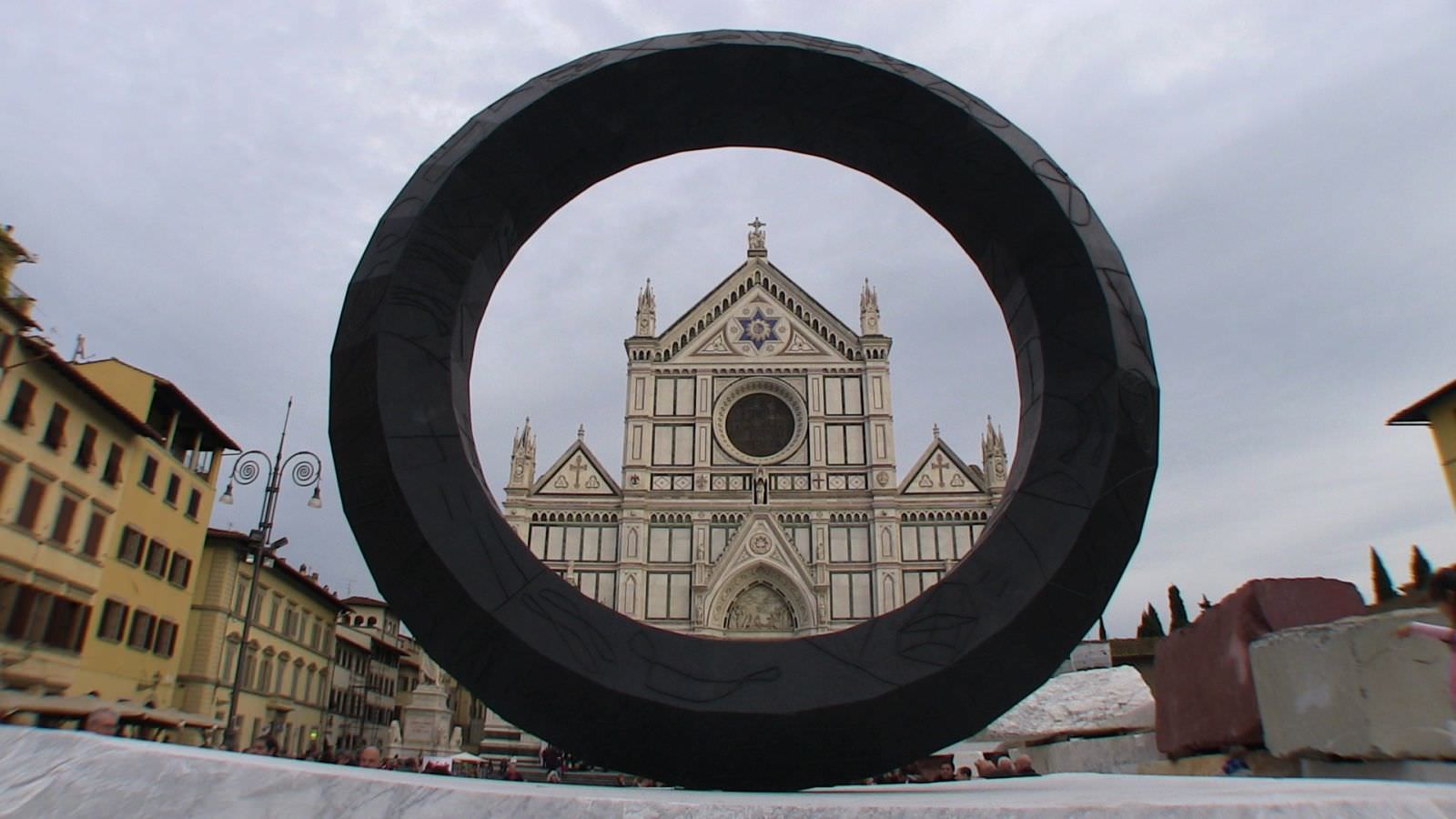 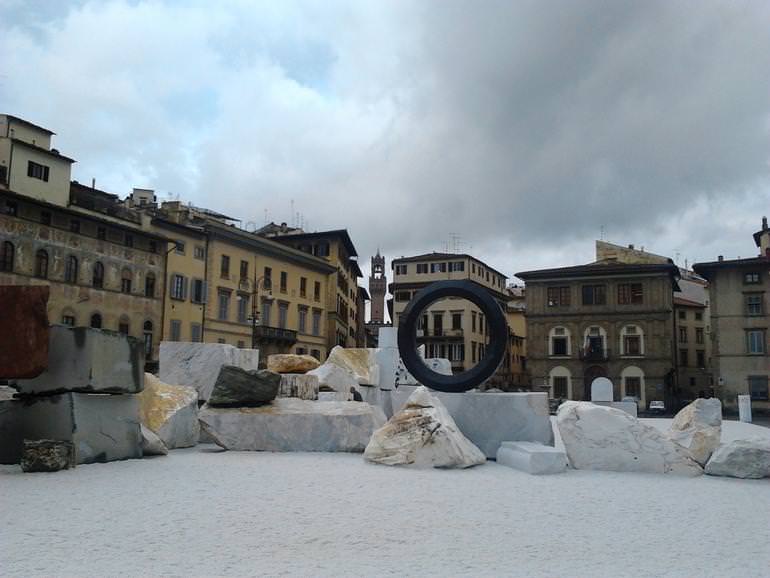 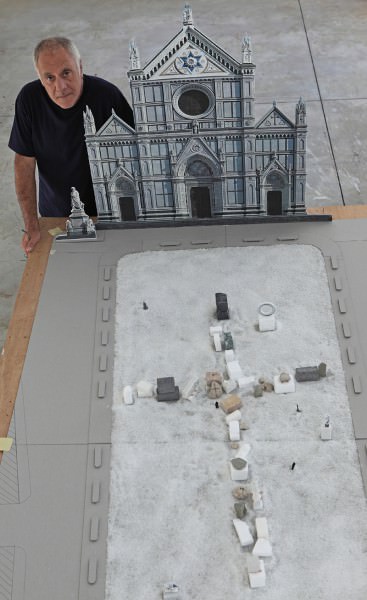