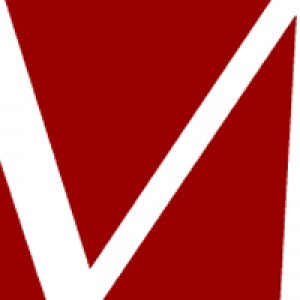 Born into a wealthy family, in 1875 he moved to Turin to attend the Albertina Academy where he studied under the hand of Gamba and of Odoardo Tabacchi. He started to exhibit his works in 1880, also displaying at the IV National Exposition of Fine Arts and at the Circolo degli Artisti of Turin.
In 1881 he moved to Paris with his brother Edoardo, where he created his first sacred sculpture, “Angelus Domini”. Although inspired by verist principles, he was deeply interested in late-medieval history, especially associated with the Savoy-Piedmontese world.
In 1884, he joined the Steering Committee of the Italian General Exposition of Turin. In 1886, he displayed a bronze statuette created in 1881 (entitled 1809) at the “Mostra della Società Permanente” of Milan; the work was subsequently purchased by the Municipality.
He became a member of the Higher Council of the Fine Arts in Rome from 1893 to 1912 and in 1912 he was appointed President of the Piedmontese Society of Archaeology and Fine Arts.
Among his monumental works, worthy of mention are: several monuments to Garibaldi (Milan, 1885; Parma, 1893; Naples, 1895), the monument to “Amedeo Duca d’Aosta” (1902) in Turin, two monuments to “Umberto I” (Ivrea; 1906-1926, Rome, completed by Edoardo Rubino), the monuments to “Zanardelli” (1909) in Brescia, “Ugo Foscolo” in Florence and “General Mitre” in Buenos Aires (1908-1927 together with Edoardo Rubino). He was the author of the “colossal groups” for the Monument to Vittorio Emanuele II in Rome and of the relief with the “Glorificazione di Casa Savoia” (1915-1918) and the “Busto di Vittorio Emanuele II” (1915) for the Chamber of Deputies.
Calandra was also a portraitist, author of busts and similar sculptures, and medal-designer for the Kingdom of Italy (in 1908 he designed the 1, 2 and 5 Italian lira silver coins depicting the head of Vittorio Emanuele III on the back of the coin and Minerva on a chariot personifying Italy on the front).
Together with Enrico Bonicelli, in 1919 he was the author of the architectural project for the exhibition hall of the Società Promotrice di Belle Arti in Turin.
The “Davide Calandra Plaster Cast Gallery” in Savigliano preserves the majority of his works including the plaster maquettes of his notable funerary production, spread mainly across cemeteries in Piedmont. One of his works, “Monumento Cucullo”, dated 1913, is also on display in Buenos Aires.
He lived in Versilia between 1906 and 1915, working at the Bazzicchi, Luciano and Ettore Salvatori Laboratories of Querceta.
The exhibition “Opere monumentali di Rubino e Calandra” was hosted at the Maquettes Museum of Pietrasanta, dedicated to his works and to those of Edoardo Rubino.