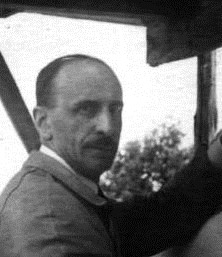 After completing his studies at the Albertina Academy of Turin, he began teaching there in 1917, initially as adjunct teacher and then on a permanent basis (1924-1936). He was also appointed Scholar of San Luca. After a period of apprenticeship at the studio of Leonardo Bistolfi, he displayed his works at the exhibitions of the Società Promotrice di Belle Arti of Turin (1891-1902), for which he created the sculptural decoration of the entrance portico of Palazzo delle Esposizioni together with Giulio Casanova in 1919.

In 1898 he started to work on some “allegorical groups” for the “Fontana dei Mesi” by Carlo Ceppi for Borgo del Valentino. In 1902, he was commissioned by Raimondo D’Aronco to create six large “ornamental groups” and the statues of “Pittura e Scultura” for the exterior of the Rotonda d’Onore of the “International Turin Decorative Art Exposition”. From that time onwards, many public works were commissioned to him in Turin, such as those for “Casimiro Teja” (1903), “Federico Paolo Sclopis” and “Edmondo De Amicis” (1922), as well as “Carabiniere” (1933), the “Faro della Vittoria” (1920, 18m high) on Colle della Maddalena. He was also the author of the medallions with the portraits of “Queen Margherita and King Umberto I” for the Entrance of the Mauriziano Hospital and of the marble altar to “Don Bosco” for the Church of S. Giovanni Bosco. His works also include the monuments to “Umberto I” in Aosta (1903) and to “Alessandro Vittoria” in Trento (1919-’26), the “war memorial” of Novi Ligure and the monument to “General Mitre” created together with Davide Calandra in Buenos Aires (1907-’27). In 1911, he created “Vittorie alate” for the “Monumento a Vittorio Emanuele II” in Piazza Venezia for “Esposizioni Riunite”.
He exhibited his works at the Venice “Biennale” (1903; 1905; 1912; 1928; 1942, personal room), in Munich (1913) and at the “I Rome Biennale” (1921).
He was also the author of several religious works including those for the altar of the Sacred Heart in the Duomo of Milan, for the Chiesa della Grande Madre di Dio in Turin, and also of funerary monuments for the cemeteries of Turin, Staglieno (Genoa), Milan (“La Famiglia”, 1913) and Villar Perosa (silver “Cristo”, tomb of the Agnelli family).
He also dealt with applied and decorative sculpture and with etching. In 1896, in Turin, he started to illustrate magazines and books. From 1902 he worked on the preparation of the Turin “International Exposition” and of the Venice “Biennale”. He created several medals and plaques – for example for the “Subalpine Photographic Society” (1902), for the “Italian Alpine Club” (1914), for the “International Exposition of Industry and Labour” (1911) –, the “Commemorative Medal for the VI Centenary of Turin University” (1904) and the “Medal in honour of Giovanni Agnelli” (1924) in Turin.
His works are also on display at the Museum of Lima and the Modern Art Museums of Rome, Vicenza, Genoa and Turin. He was appointed life senator. A posthumous exhibition was held at the Weber & Weber Gallery of Turin in 2009.
He probably lived in Versilia from 1906 to 1946 in order to create many of his works at the Laboratory of his collaborator Spirito Luciano (and his son Guido) and the Emilio Buratti Laboratory in Querceta. In 1946, together with Lorenzo and Abele Jacopi, he created the “Monument to the Gothic Line” in Piazza Europa in Ripa. He was also a member of the jury for many competitions, including the competition for the “War Memorial” in Piazza dello Statuto in Pietrasanta. His works were also displayed in Pietrasanta in the exhibition “Il passato e la presenza”, II ed. held at the “L. Russo” Cultural Centre (1983) and in “Opere monumentali di Rubino e Calandra” at the Maquettes Museum 2 (2002). 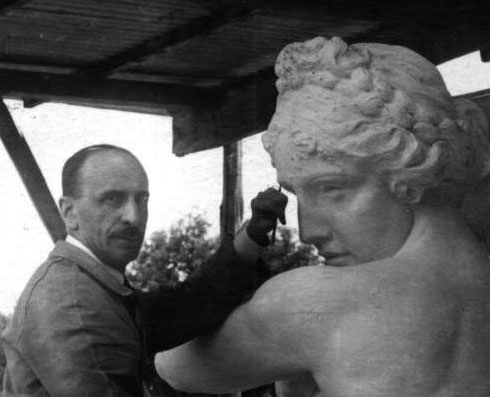 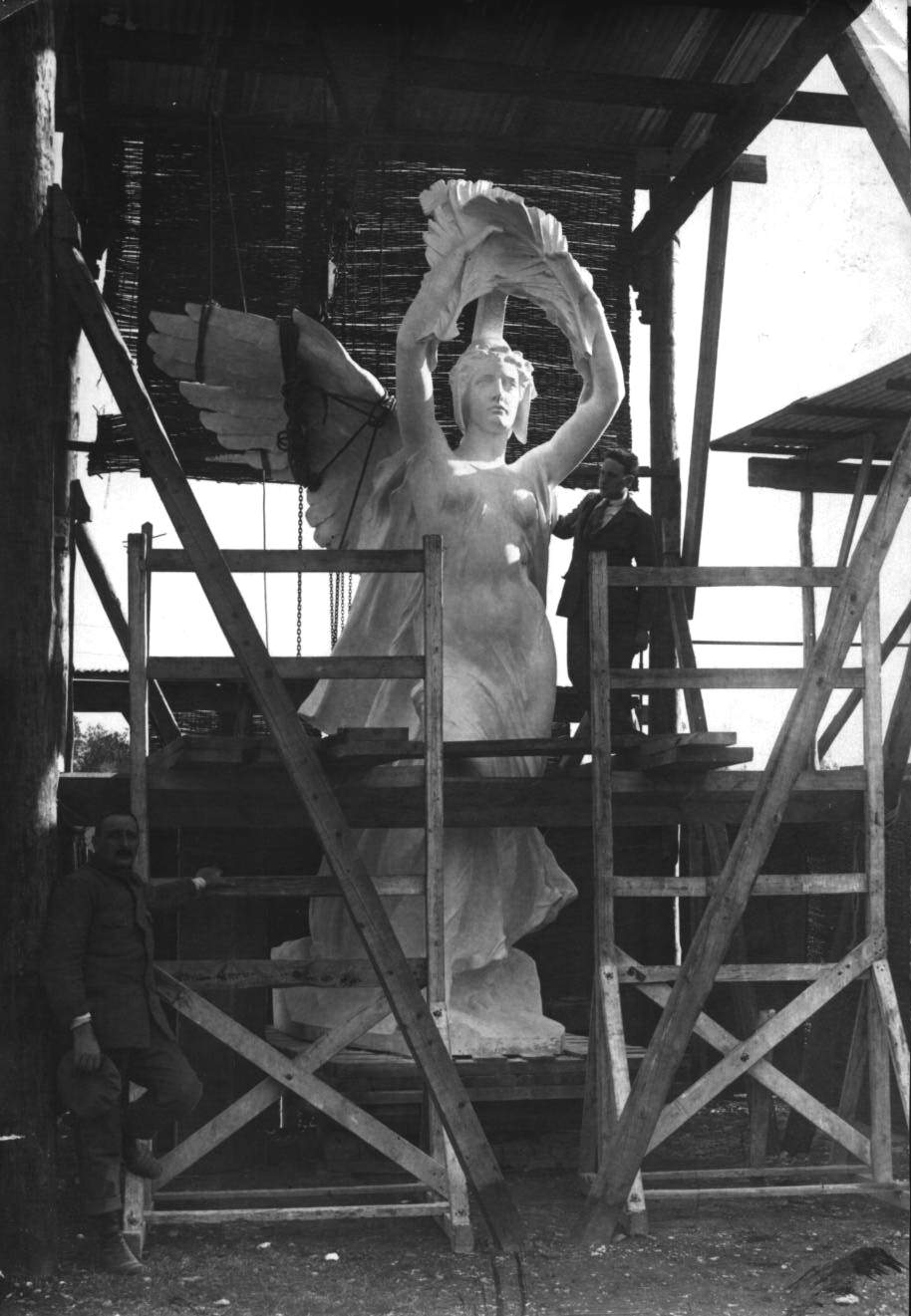 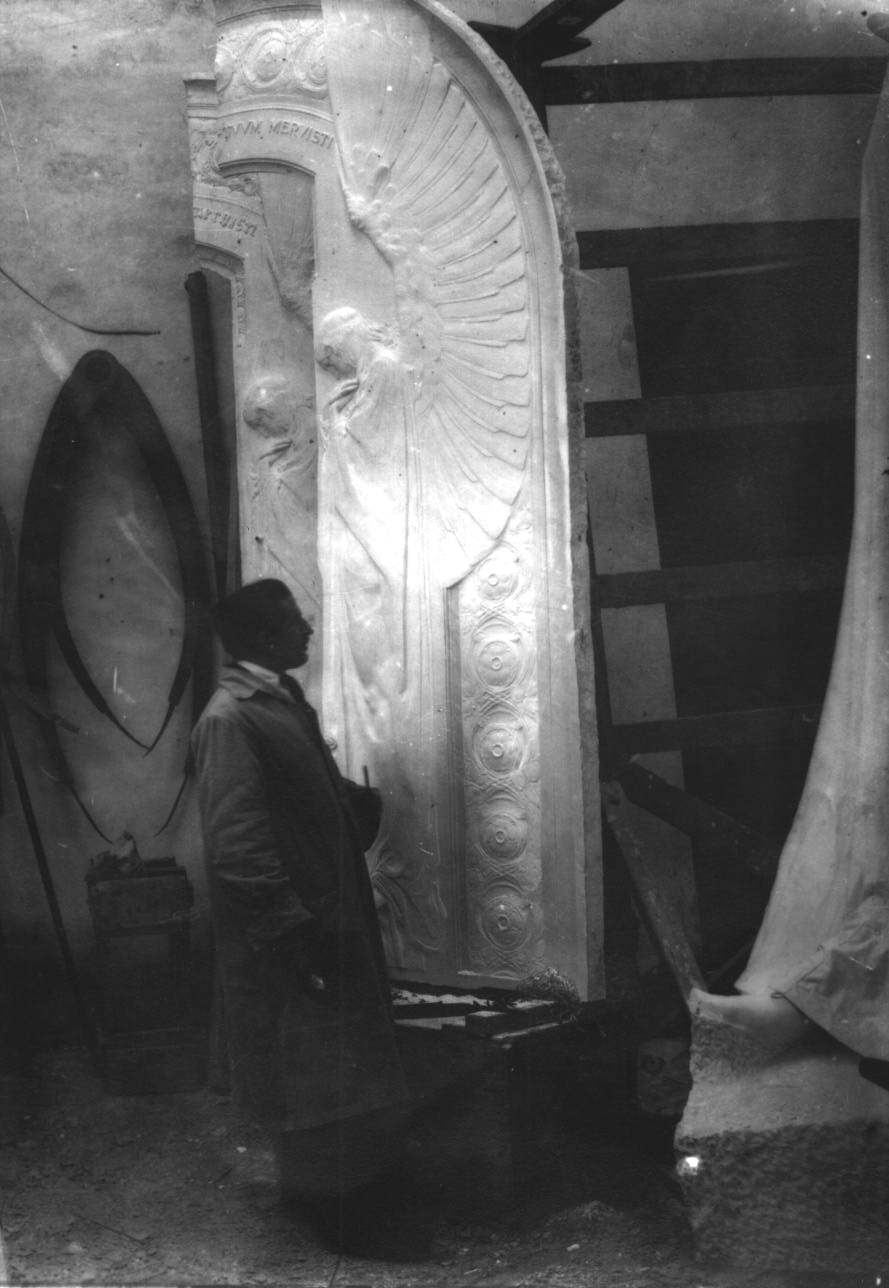 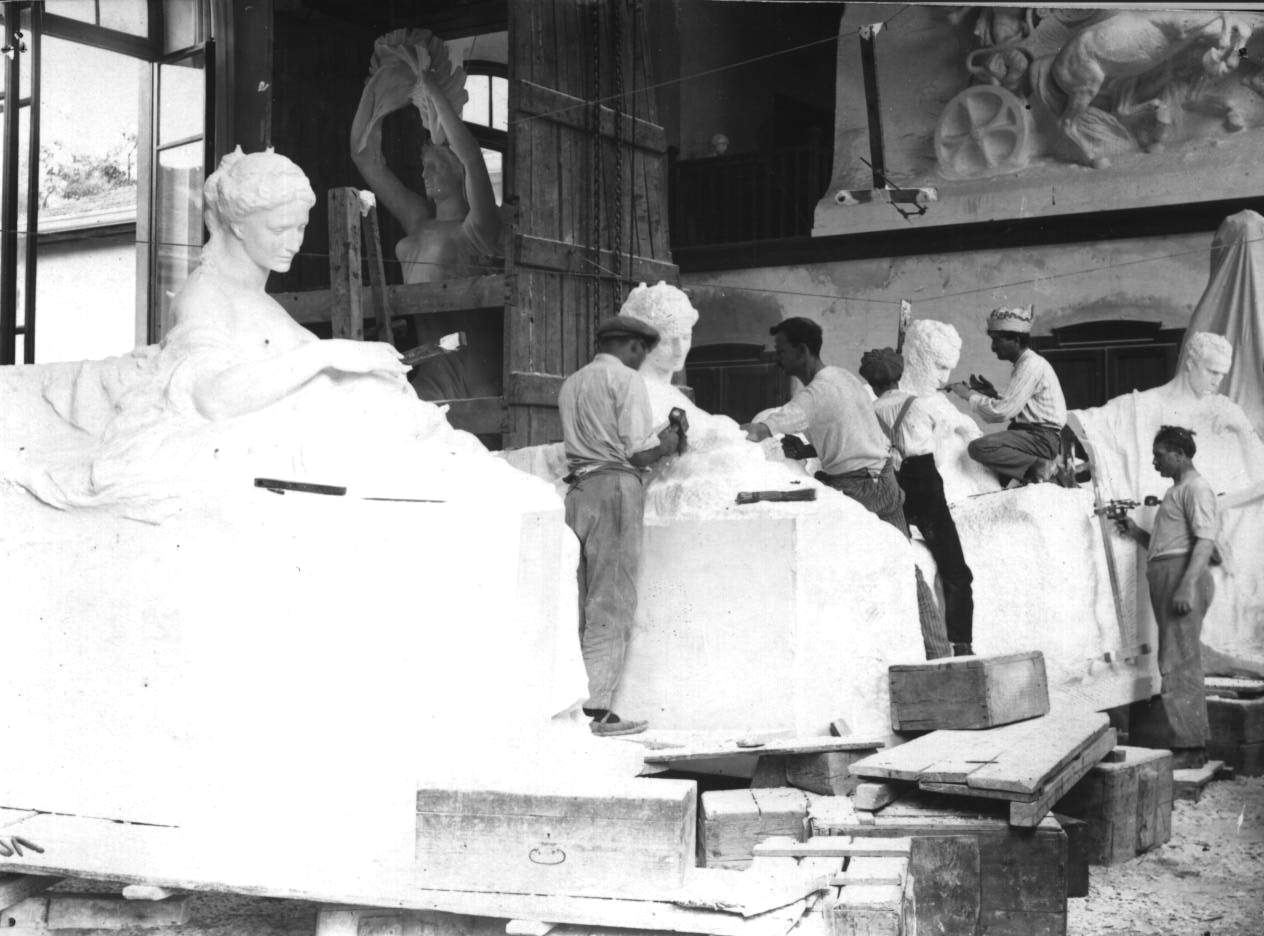 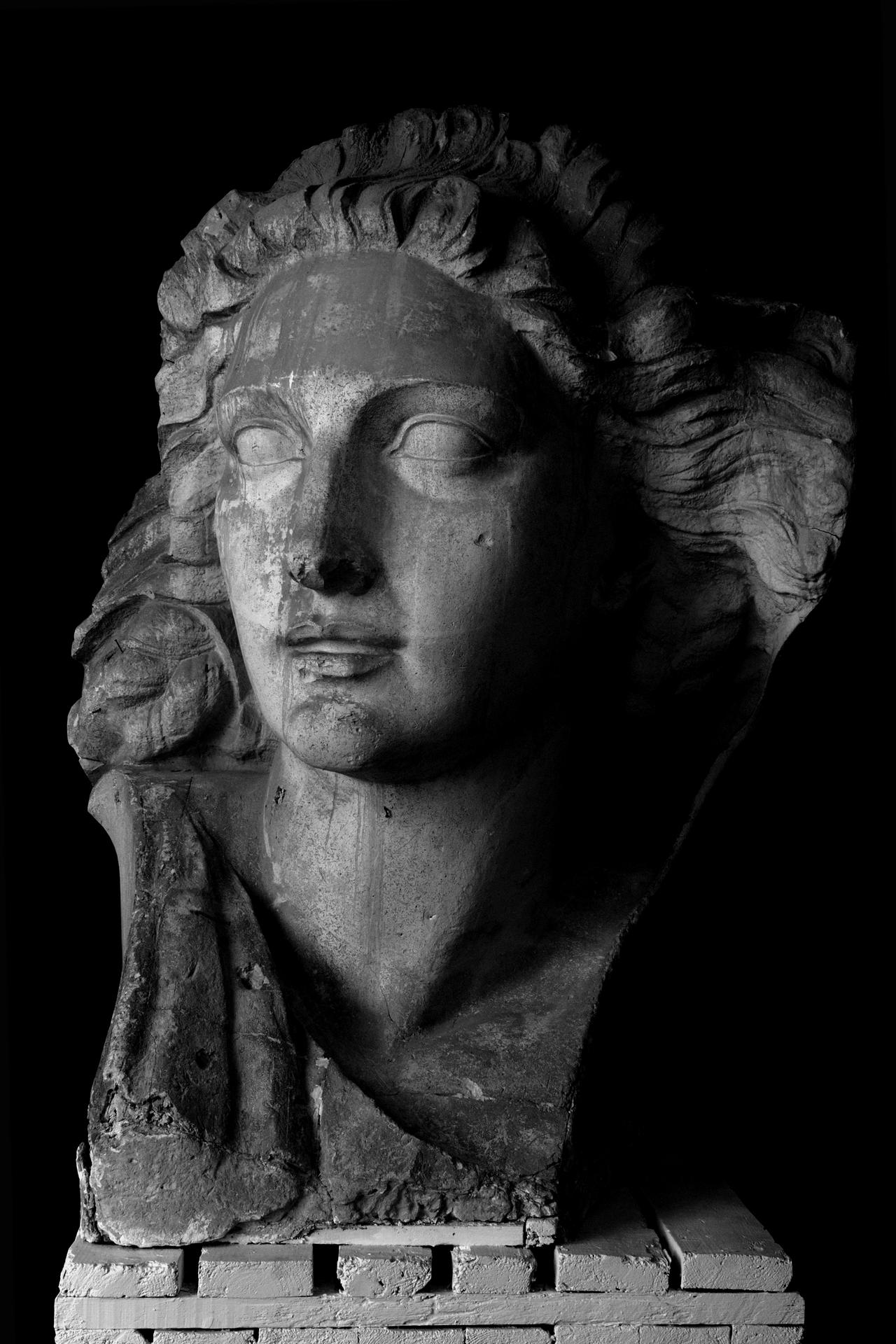 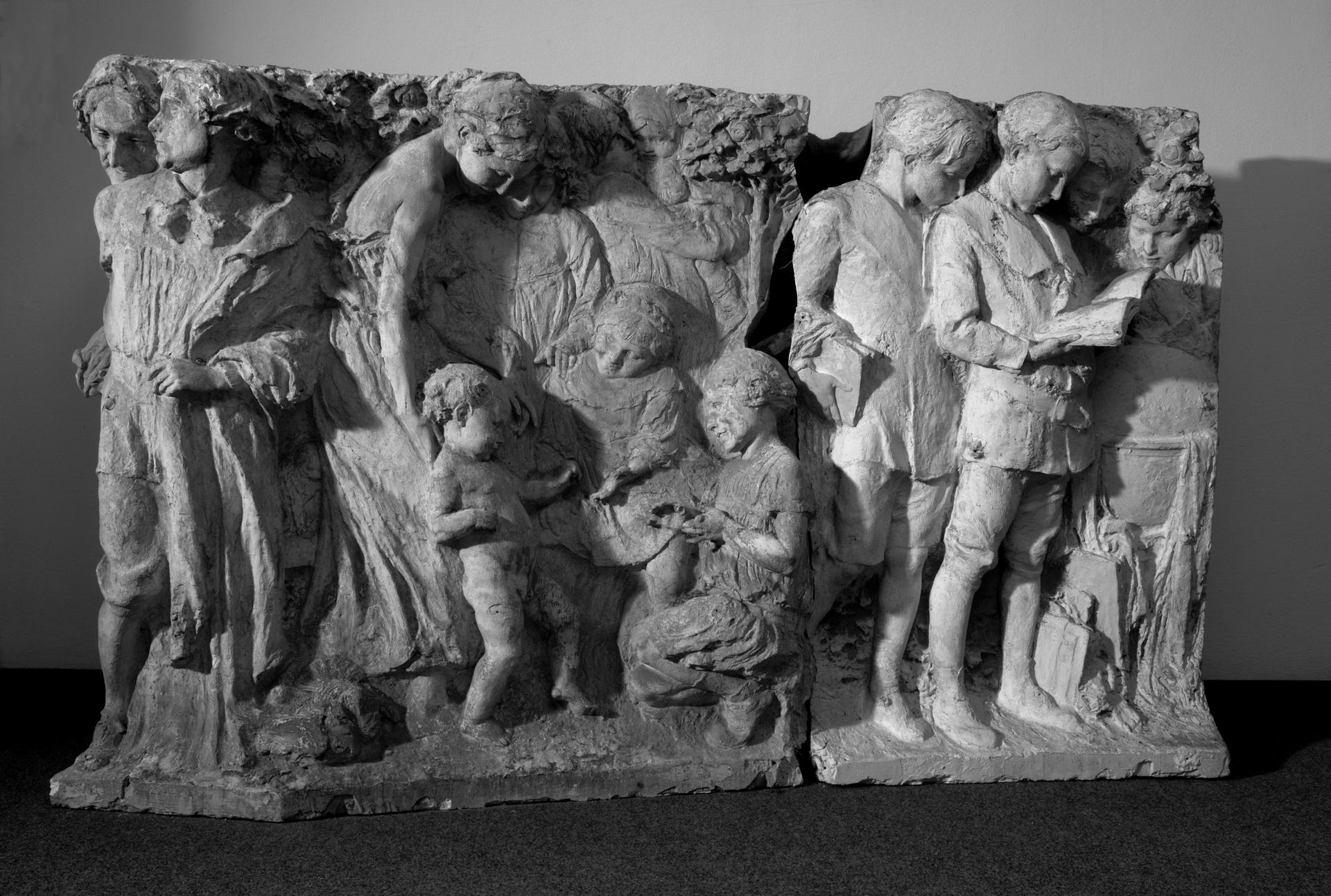 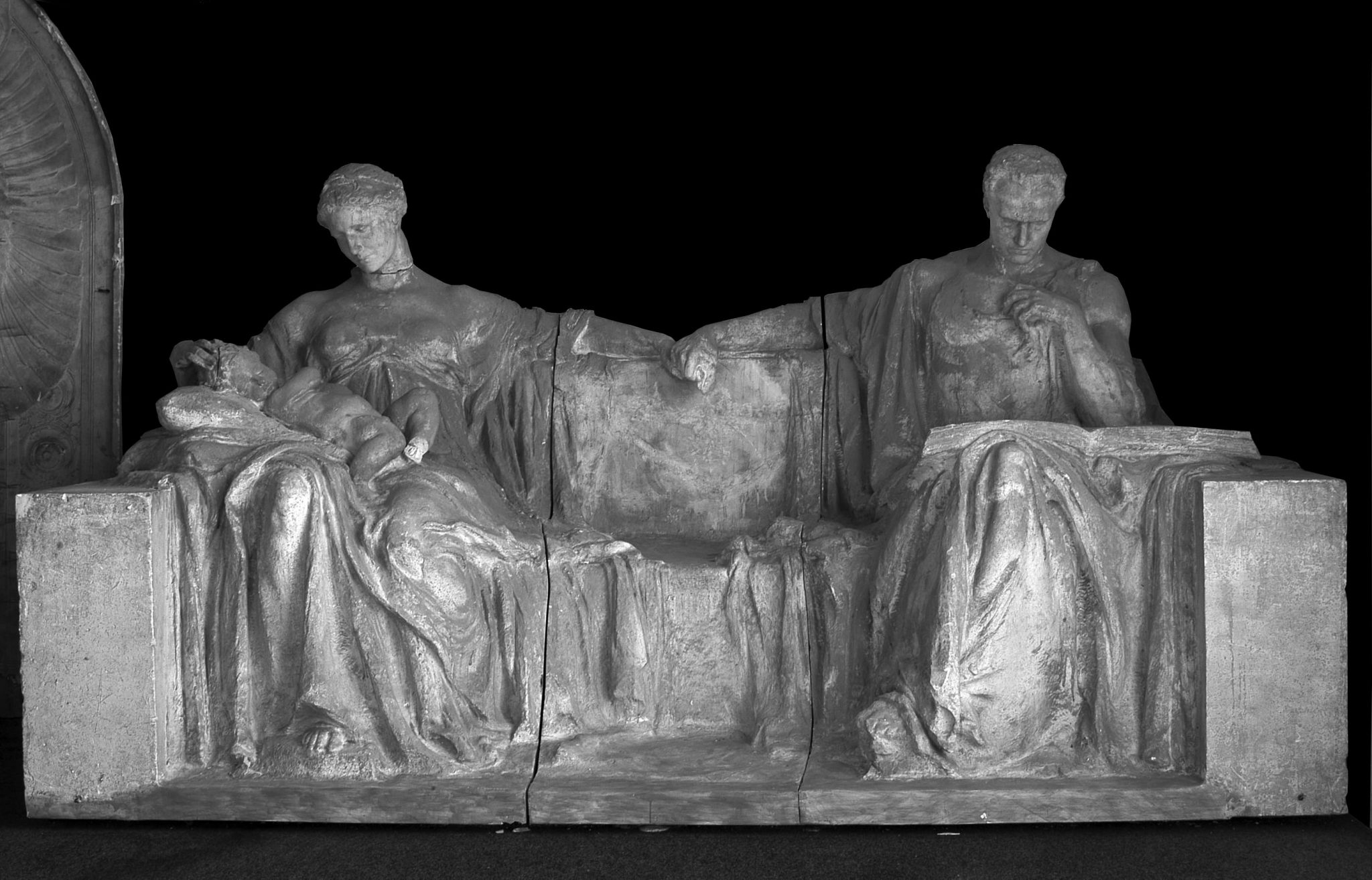