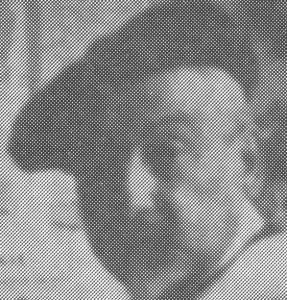 After finishing his studies at the Gazzola Institute of Piacenza under the hand of Pollinari, he moved to Genoa in 1878 and attended the Ligurian Academy with Giovanni Scanzi. In 1891 he won the “Pensionato Durazzo”, allowing him to move to Rome and improve his skills with sculptor Giulio Monteverde, master of Umbertino sculpture. After returning to Genoa, he carried out extensive funerary works for the Cemetery of Staglieno, merging the verist style of the Ligurian school with the symbolist approach of Monteverde (“Tombe di Giulio Drago”, 1901, and “Paolo Canevello”, 1905). In 1900, he exhibited the group “In Arcadia” at the Universal Exposition of Paris and subsequently in New York. In 1901, he exhibited and was awarded in Livorno for “Civis Romanus”, presently displayed at the Gazzola Institute of Piacenza.
In the meantime he married Rachele Bozzano, the sister of sculptor Antonio Bozzano, and achieved widespread consensus at his exhibitions in Genoa, Milan, Turin, Livorno and Paris.
In 1903, most certainly encouraged by his brother-in-law Antonio Bozzano, he applied for the teaching position of Elements of Drawing at the Fine Arts School of Pietrasanta and was selected. He moved to Pietrasanta and set up a large laboratory in Via Garibaldi, not far from his house located in Palazzo Digerini, where Bozzano also lived. Marble monuments for both Italian and foreign clients were created in this laboratory (and then in the studio of his nephew Guido Tomagnini located in Via Provinciale) over the next thirty years. His experience as a teacher ended in 1912 when he did not accept the post as teacher of Architecture at the School in Pietrasanta.

In 1913, he created the “Monumento a Giuseppe Verdi” in Ferrara for Parco Massari (the Massari were the main clients who commissioned Zilocchi’s works in Ferrara). In 1916, he created the “Cristo Benedicente” in Voghenza for the tympanum of the parish church overlooking the Massari family’s villa and the statue of St. Leo (1916-’19) for the medieval tomb of the saint. He was also the author of the tomb of “Federico Bernagozzi” (1916) for the cemetery of Portomaggiore (Ferrara) and of “Augusta Maccagnani” for the Certosa of Ferrara (1920s). He also made a portrait of the painter “Ghittoni” for his tomb in the cemetery of Piacenza.
He created many funerary monuments for the cemeteries of Pietrasanta (“Dazzini”, “Papini” and “Bonuccelli” tombs), Viareggio (Municipal Cemetery: “Monumento a Maria Barsanti”, 1919; “Monumento a Leda Codecasa”, 1923; and the Misericordia Cemetery: “Fausto”, Bergamini”, Bertacca” and Martinelli” tombs, 1925-’28), Livorno (“Monumento alla Madre” and “Tomba Ardisson”, 1920s), Pontedera (“Tomba Raddi”, 1926), Florence (“Piatti” and “Cepparelli-Rocchi” tombs, 1917, Cemetery of Porte Sante), Migliarino (“Medaglione di Giulia Foschi)”.
He also created the “War Memorials” of Stiava (1924), Migliarino (1925), Cecina (1923), Follonica (1925), Grosseto and Soragna (1926), and the “bust of General Etna” for the Viareggio Naval League. His masterpieces remain the two “bronze statues of Borso and Nicolò III d’Este” that were placed in front of the Town Hall of Ferrara in 1927.
After the death of his wife, he left Pietrasanta in 1929, returning only sporadically.
In 1933 he created the “Lastra in memoria di Francesco Massari” for the infant school of Voghenza, in 1938 the bas-relief “Il Trionfo della Croce” for the new façade of the Archpriest Church of Migliarino and in 1942 an “Angelo Custode” for the infant school of Rovereto di Ostellato (Ferrara).The “Targa a Vittorio Emanuele” located in Palazzo Mediceo di Seravezza is also attributed to him.
In 1999, the posthumous exhibition “Pietro Bibolotti, Antonio Bozzano, Giacomo Zilocchi/Tre scultori a Pietrasanta” was held at the “L. Russo” Cultural Centre in Pietrasanta. 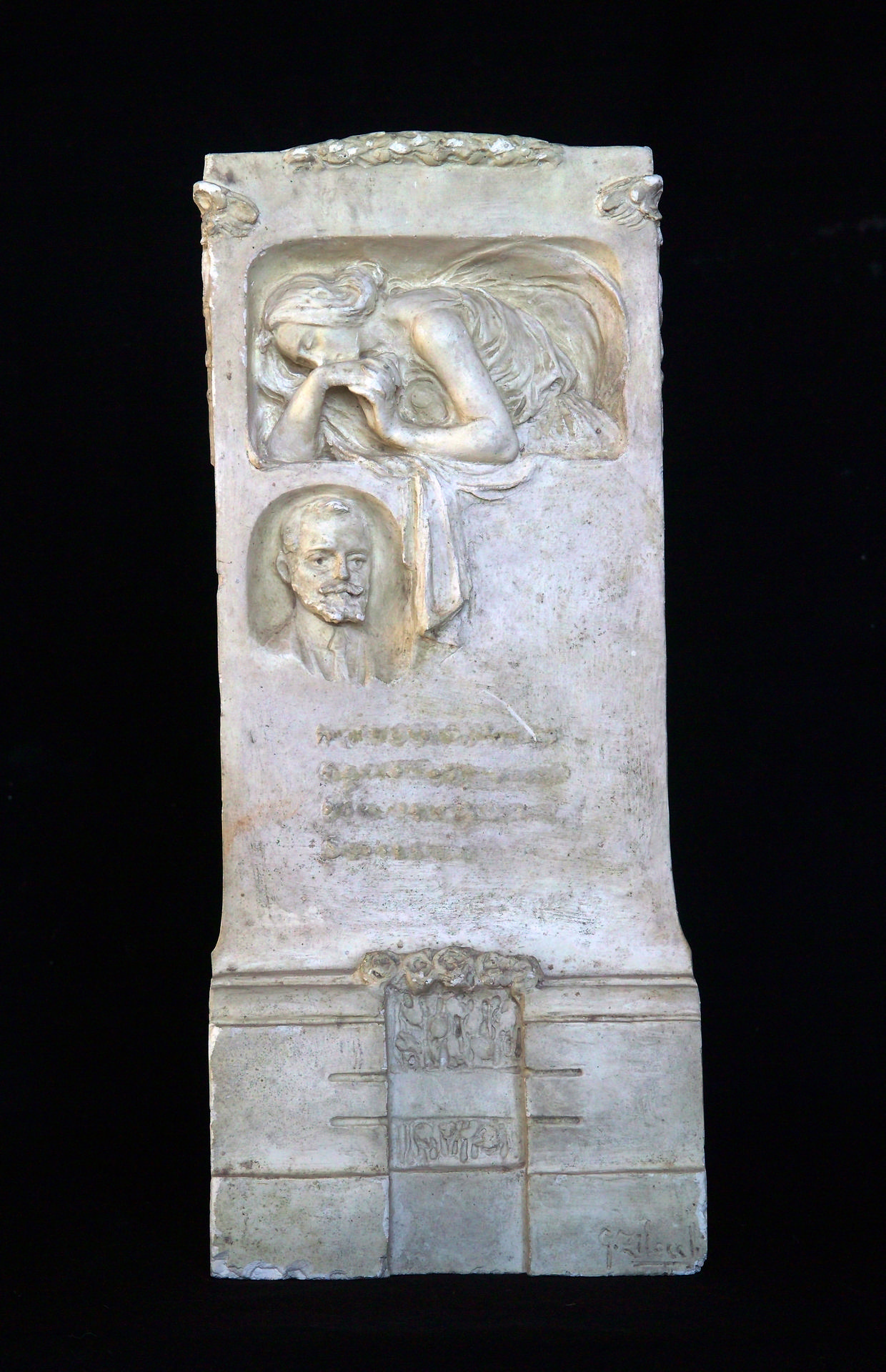 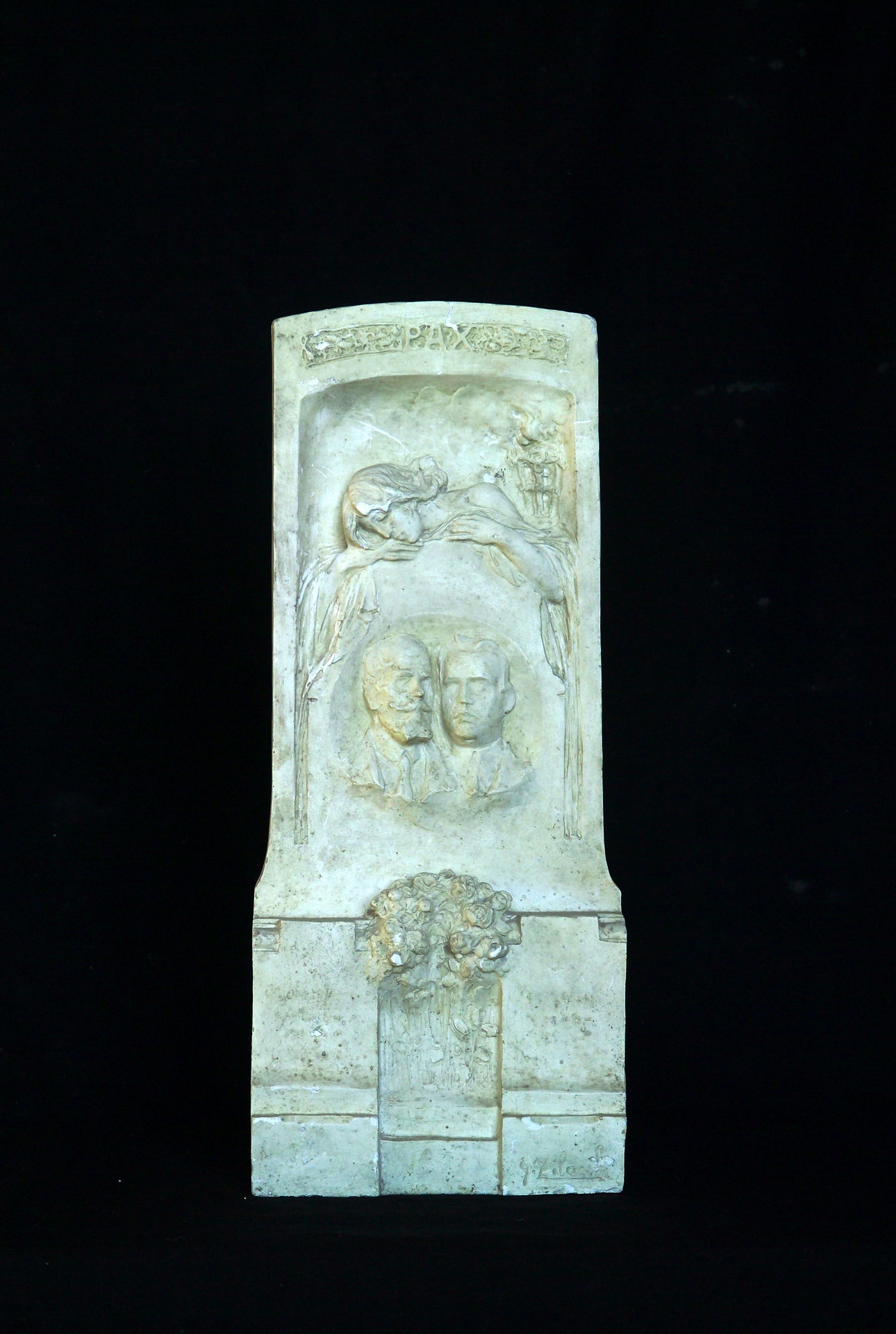 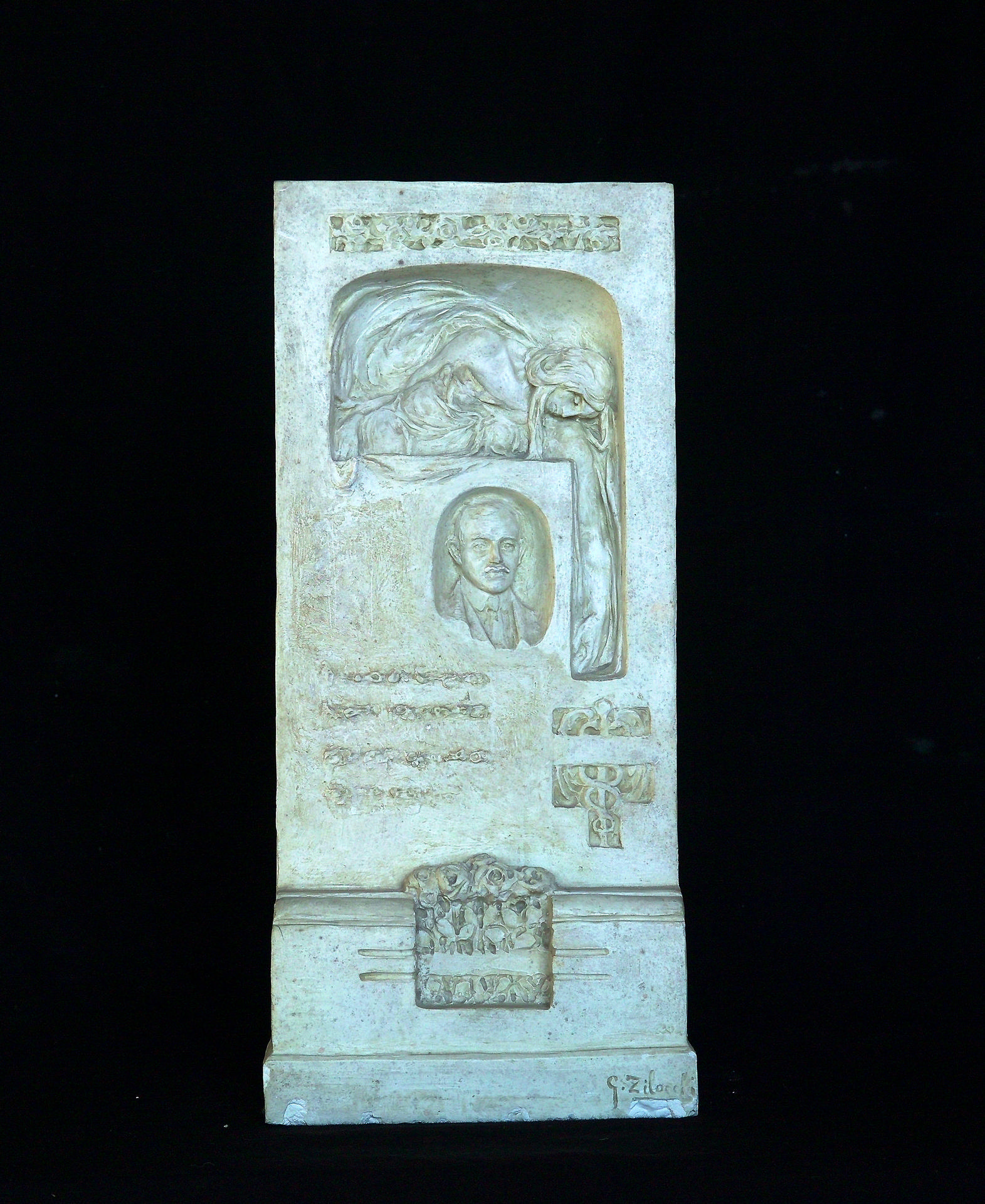 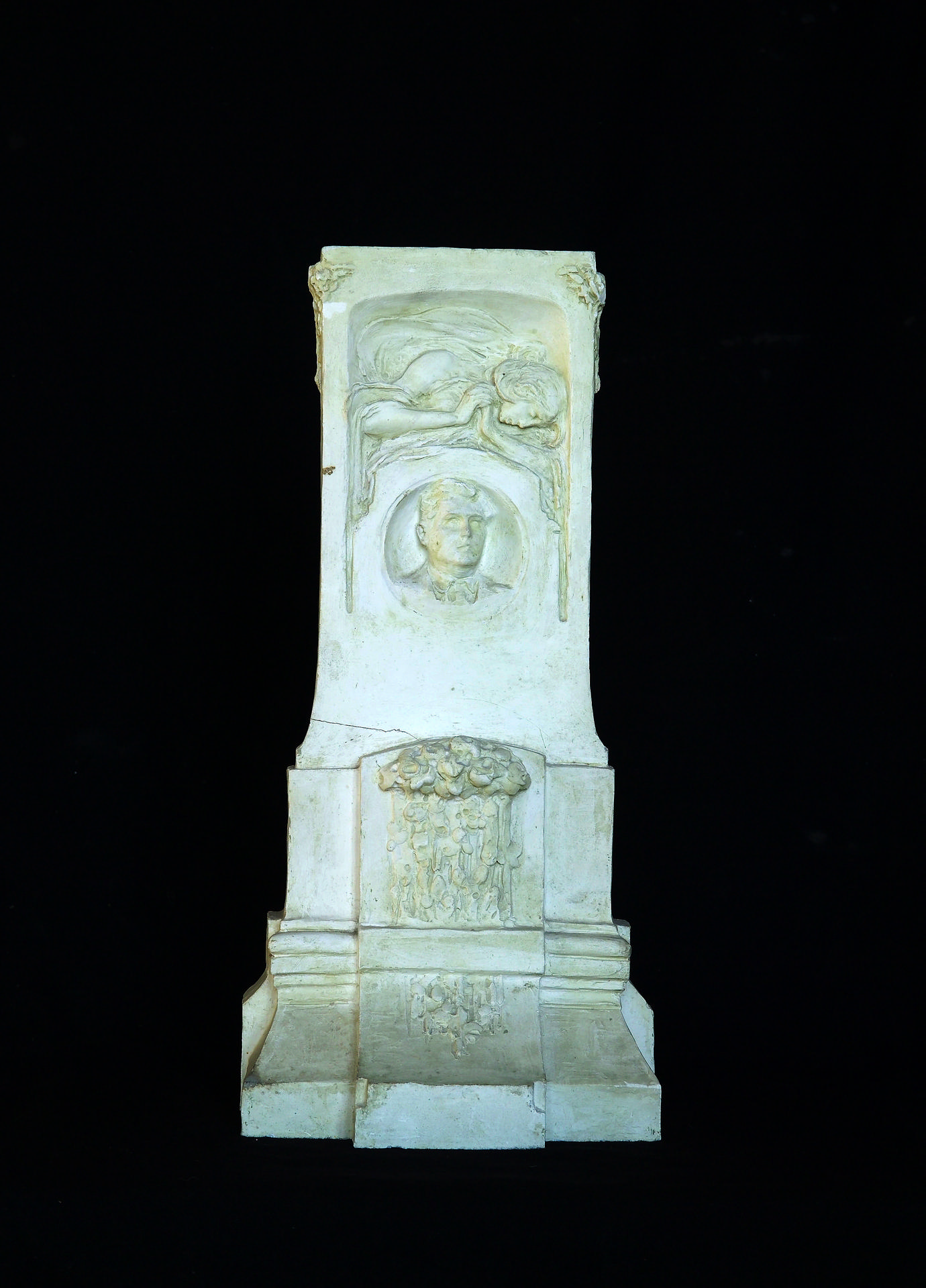 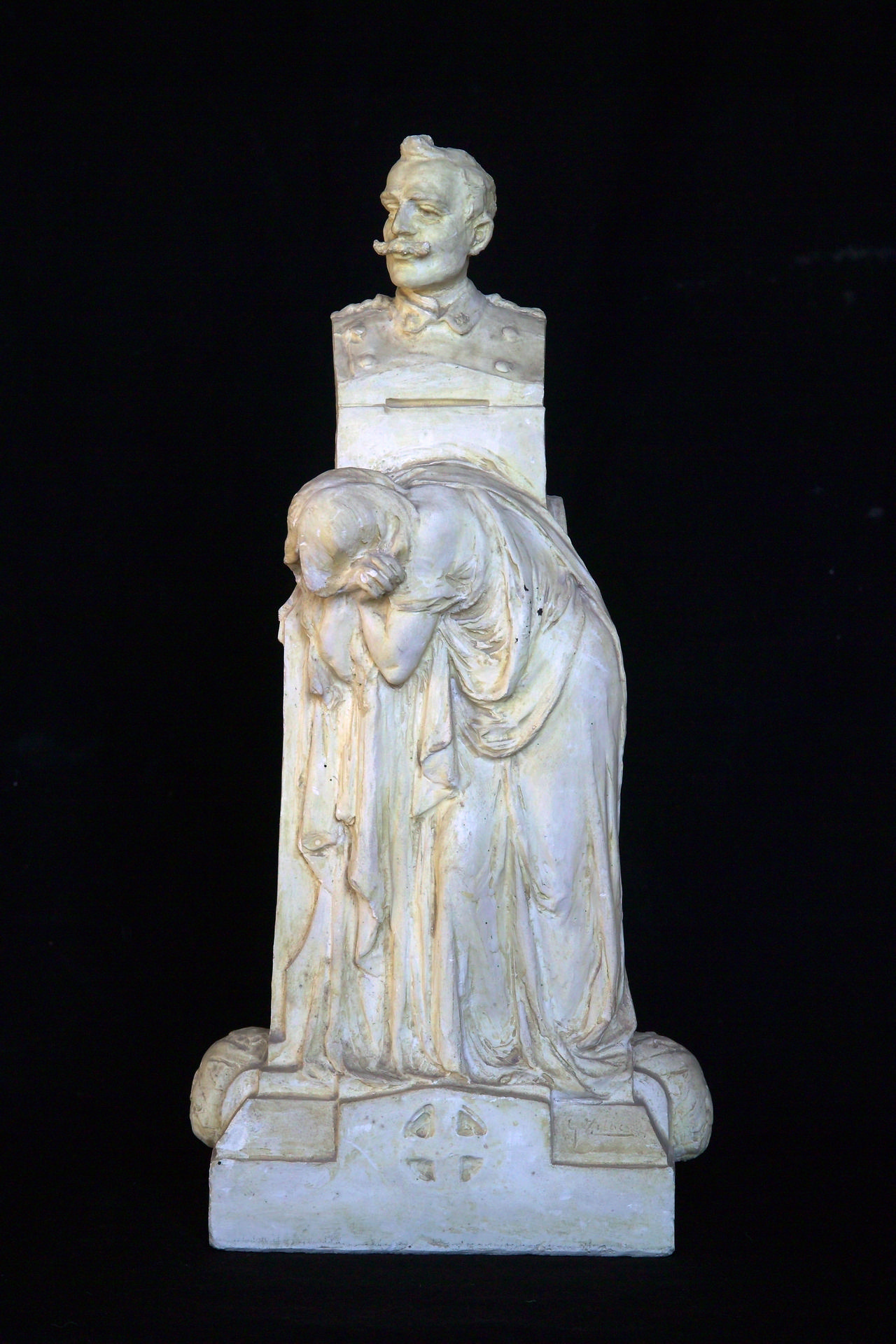 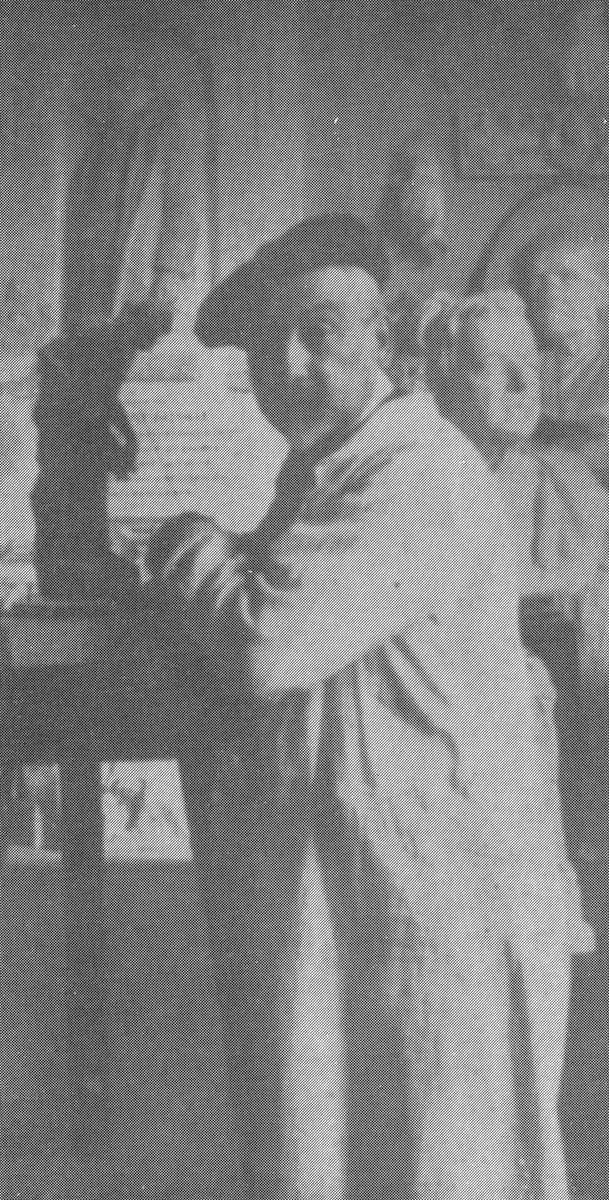