Nicola Arrighini belonged to a well-known family of sculptors who had worked in Pietrasanta since 1870: he inherited and continued the sculptural tradition from his father, Enrico Arrighini (1880-1955), in turn handed down from his grandfather Luca Arrighini (1845-1915), the first founder of the Arrighini company, which is still doing business in Pietrasanta.
Nicola studied accounting in Carrara, but he soon became friends with artists and sculptors from the area. He joined the “Gruppo dei Vageri Viareggini”, headed by Lorenzo Viani, his close friend. In the meantime he became acquainted and exchanged ideas with many artists who visited Pietrasanta such as Cagli, Manzù, Breddo and Krimer.
He took part in many art shows in Italy and abroad, including the Milan Triennale, the Quadriennale of Rome, Venice and Paris, where he presented the sculptures that, more or less in the 1940s, allowed him to be honoured with the title of “Professor of Art”.
Owing both to reasons of study and to the need to supervise the artistic works commissioned to the Arrighini firm (after the death of his father Enrico, Nicola had become owner and art director of the firm), he travelled extensively, especially abroad, visiting Europe, the United States, Canada, Brazil, Argentina and Australia.
Among the many works created between the 1930s and 1970s, the most famous is the life size marble sculpture representing faith, “La Fede”, depicting a woman who reluctantly donates her ring to the Fatherland. The statue is currently part of the collection of Milan’s Modern Art Gallery. His leading works include portrait busts which had considerable success, especially the portrait of “San Pio da Pietralcina”, the painter “Lorenzo Viani”, “Monsignor Guerra”, “President Kennedy”, “Pope Montini”, “Pope Wojtyla”. In addition to creating marble works at the family firm, he worked with Giovanni Ragazzi in the creation of mosaics.

Of great importance are his works for a number of religious buildings, such the Basilica di Santa Teresa del Bambin Gesù dei Carmelitani Scalzi in Tombetta, Verona; the Chiesa dei Rimedi in Palermo; St. Anthony’s Church in New York; Sanctuary of St. Anthony in Hawthorn, Melbourne in Australia.
Nicola Arrighini died following a car accident in 1977. The family business was continued by his heirs and some of his models are still used and may be viewed at the firm’s exhibition room in Pietrasanta. 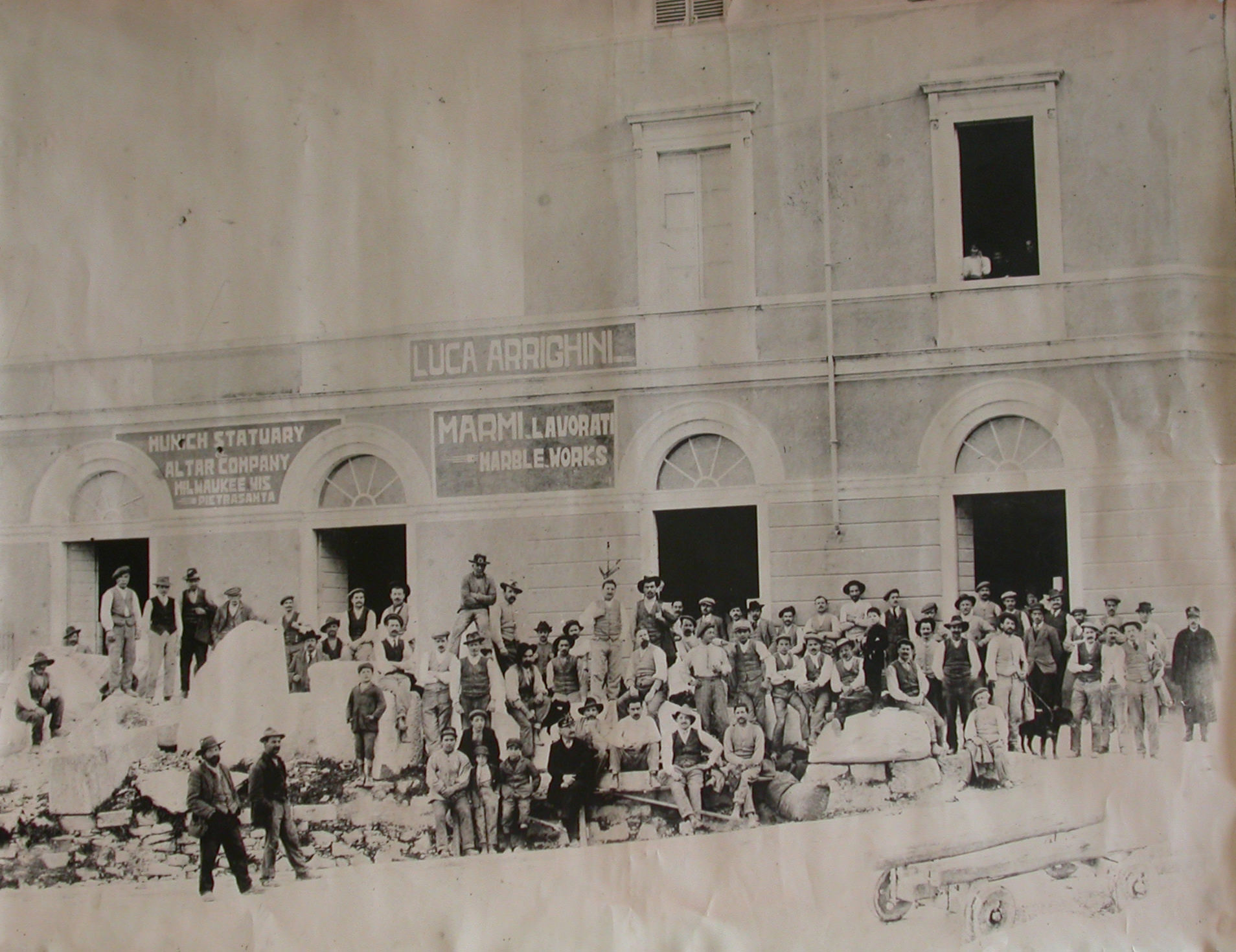