This bronze sculpture, a towering five metres in height, represents the legendary Mongolian warrior Genghis Khan astride his war-horse. The statue, by Dashi Namdakov, was commissioned in honour of the 850th anniversary of the warrior's birth. Namdakov, born in a Siberian village historically controlled by nomadic tribes and raised in the Buddhist Buryat culture, has always had an interest in Buryat and Mongolian culture. Presented at the Sculpture Festival and proposed in 2010 for installation in London for the Diamond Jubilee and Olympics, the sculpture, made of Carrara and Seravezza marble, was chosen by the Westminster Council for the Marble Arch, a triumphal arch in Hyde Park near Oxford Street. The work captures the intricate details of Mongolian armour and medieval clothing, and the decision to represent the warrior on horseback embodies the essence of nomadism and brings the culture of the ancient Mongolians straight to the modern public. The sculpture was created in collaboration with the artisans of the Fonderia Artistica Mariani foundry of Pietrasanta. In order to facilitate its transport to London, the rider and the horse's mane were created so that they can be easily disassembled and reassembled through invisible joints. 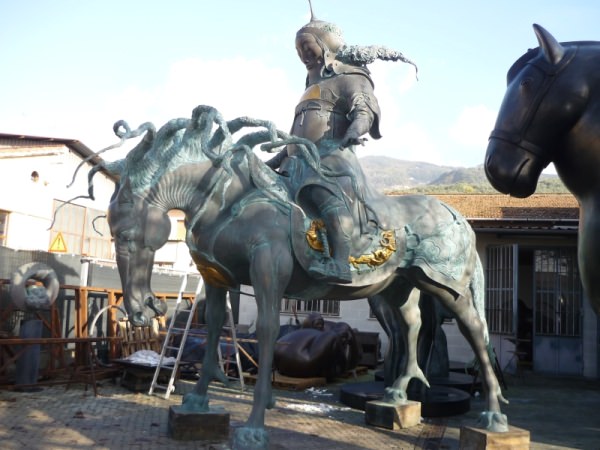 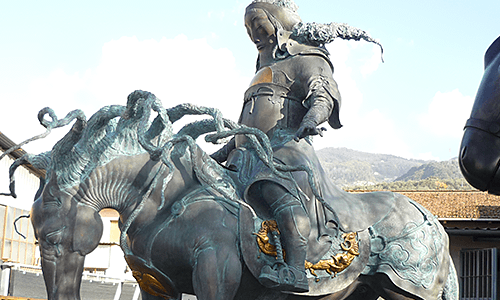 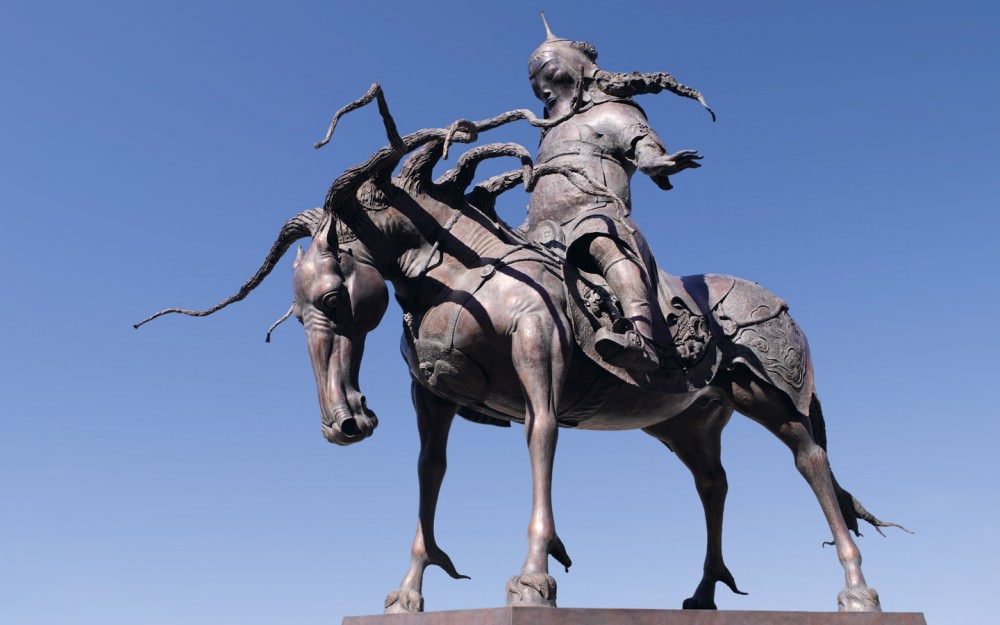 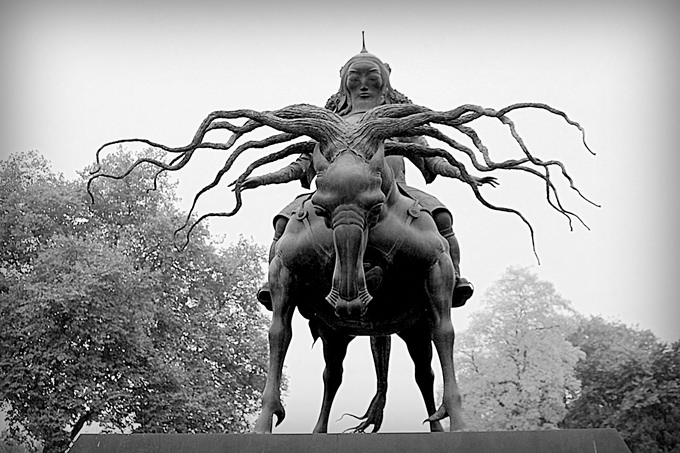